Thank You, Pallavi & Shawn! Fractured Atlas Enters a New Phase of Our Experiment in Shared Leadership

It is with a mixture of sadness and profound thanks that we say farewell to Shawn Anderson and Pallavi Sharma later this month. After nearly a year of planning and preparation, Shawn and Pallavi will be departing Fractured Atlas on August 31 to pursue new opportunities and new challenges. With their departure, the four-person shared, non-hierarchical leadership team will become a two-person leadership team. Lauren Ruffin and Tim Cynova will stay on in their co-CEO roles, continuing to guide the organization and engaging in the exploration of new structures of leadership and decision-making begun several years ago. 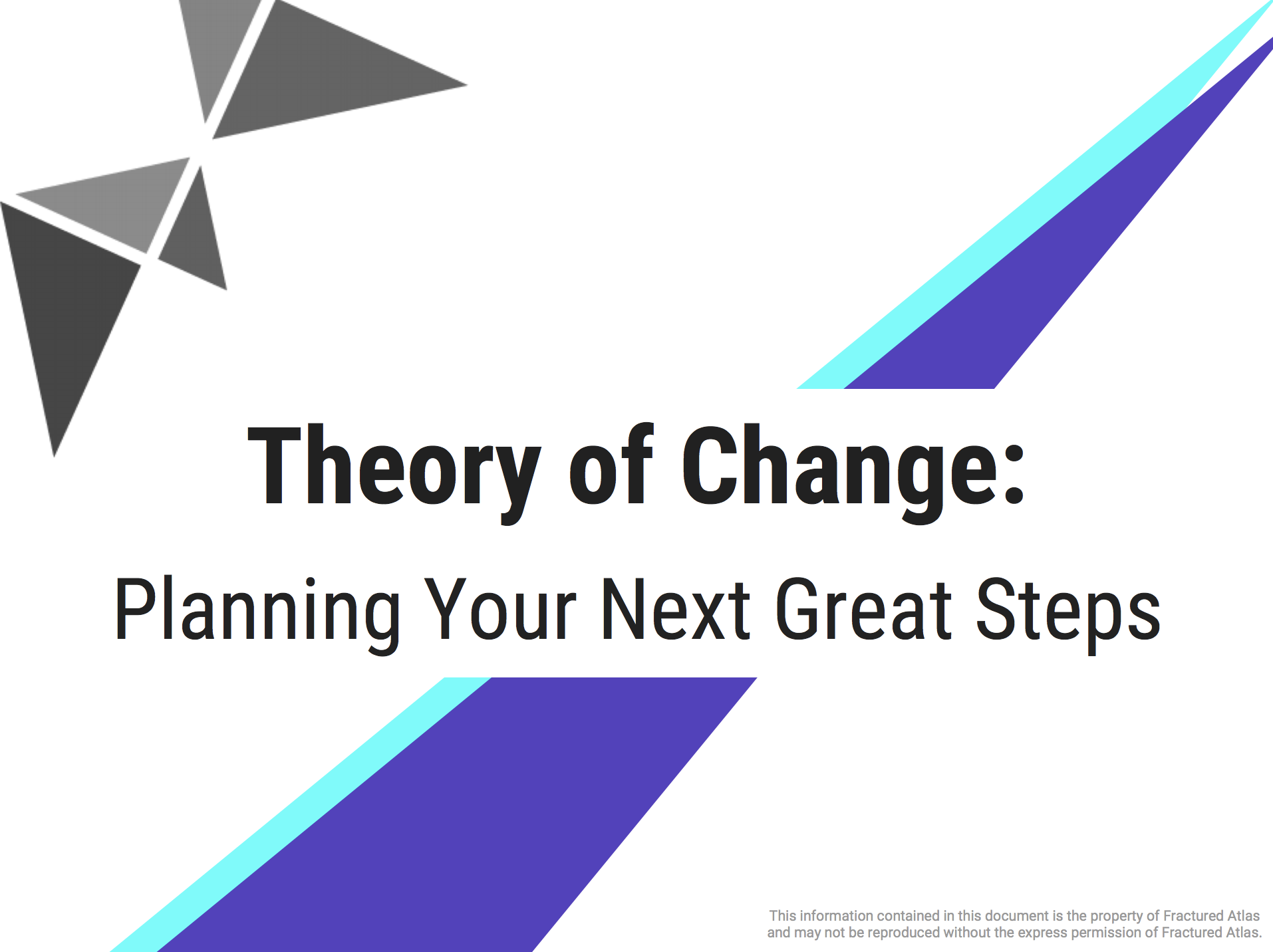 Tips and Tools | Artists and Members

Arts Service Organizations and Why Artists Need Them

When you set out as an artist to answer the question, "How do I make art?" there is a whole host of funding and labor considerations you may not initially consider. Supplies funding, as well as management of the business aspects of an artist's work, can prove cumbersome and overwhelming. They can also seem far removed from your true mission of creating your actual art. But there are many options out there to provide artist help and support you on your path.

If you’re like us, you’ve been getting a lot of emails from companies across the spectrum that are announcing changes to their privacy policies to be in compliance with GDPR (General Data Protection Regulation). Because this regulation was initiated by the European Union, most of the companies are obliged to update these policies by May 25th because they deliver products and services directly to users in the EU (and the UK despite their pending Brexit). The goals of the GDPR are to protect the privacy of Internet users in the EU and the UK by disclosing what data will be collected about them, how data will be used and shared, and what users can do to protect their information. A lot of companies are racing toward this deadline, and many will be working past May 25th to come into compliance.

Fractured Atlas Book Club: Your Art Will Save Your Life

by Colleen Hughes, Program Associate at Fractured Atlas After November 8, 2016, there were a lot of feelings circulating through the American arts sector: fear, confusion, anger, disappointment, sadness, lostness. Many people, myself included, were asking, “Where does my art and my identity as an artist fit into a USA run by our 45th president?” Well, luckily, Beth Pickens’s newest book, Your Art Will Save Your Life, is here to answer that question. I first discovered Pickens when I heard about her FREE Making Art During Fascism pamphlet, and once I learned of her book, I knew it would be an impactful one. Pickens is part counselor, part consultant for artists in Los Angeles. She began working on Your Art Will Save Your Life after November 8, 2016, as a way to support and encourage artists to keep doing what we do best: make art!

Attention artists and arts organizations across New York State: the New York State Council on the Arts (NYSCA) has posted guidelines for its 2019 funding cycle! Before I share Fractured Atlas’s timeline, let’s go over some important details about the application process and eligibility: The application is made up of three major parts: 1) a Sponsored Request Form (SRF), 2) Grants Gateway project and budget information, and 3) supporting materials. Fractured Atlas must submit all documents on behalf of our fiscally sponsored projects through our own Grants Gateway portal, so we appreciate you adhering to our internal timeline to give us time to review your materials thoroughly and submit them on your behalf. Due to the volume of requests we handle every year, Fractured Atlas fiscally sponsored projects will only be permitted to submit one application (regardless of NSYCA’s two-request limit). If you applied in the Individual Artist category (IND) last year, you must sit out this year. Your grant application must be for activities that take place between January 1 — December 31, 2019. Applying for a NYSCA grant is a multi-step process.

Our Trip to AlterConf NYC

Poetry and its unique use of language are how some of us make sense of the world and our place in it. It’s how some of us got through our turbulent adolescence. And for some of us, it just reminds us of high school English class, trying to find some meaning in the words to write a coherent essay before the bell rings. No matter your relationship with poetry, we’ve all been touched by that perfect phrase, that perfect rhyme, and that perfect cadence. Poetry is vital to culture, both now and throughout history, and we at Fractured Atlas are thrilled to celebrate it in April with National Poetry Month. Periodically throughout the rest of the month, we’ll be sharing some of the poems that are important to us and even some that we’ve composed ourselves! So, whether you’re a poet yourself or haven’t thought about Poetry since school, check back in every once in a while this April to possibly find your next favorite poem and learn more about us as people in the process. Be sure to follow us on Instagram to get them in your feed as soon as they’re posted.

Up Close with Arts Entrepreneurs: Gigsy

Five arts groups that are as creative in the rehearsal room as the board room 2017 Arts Entrepreneurship Awards Honorees: The Black List, Hire Notes, Gigsy, Southern Theater, Opera Vireo This past year saw new paradigms for defining entrepreneurship in the arts and culture sector, and we had an amazing group of nominees. We are excited to honor these five organizations whose experimentation and innovation in the field truly stood out. Whether its elevating Hollywood’s unproduced hidden gems, helping musicians get booked and get paid, solving New Orleans’s digital media needs by training the next generation of media artists, bringing the content bundling model to the performing arts, or creating an new genre of opera by embracing online television… these organizations are each in their own way using cutting edge solutions to deliver their messages.