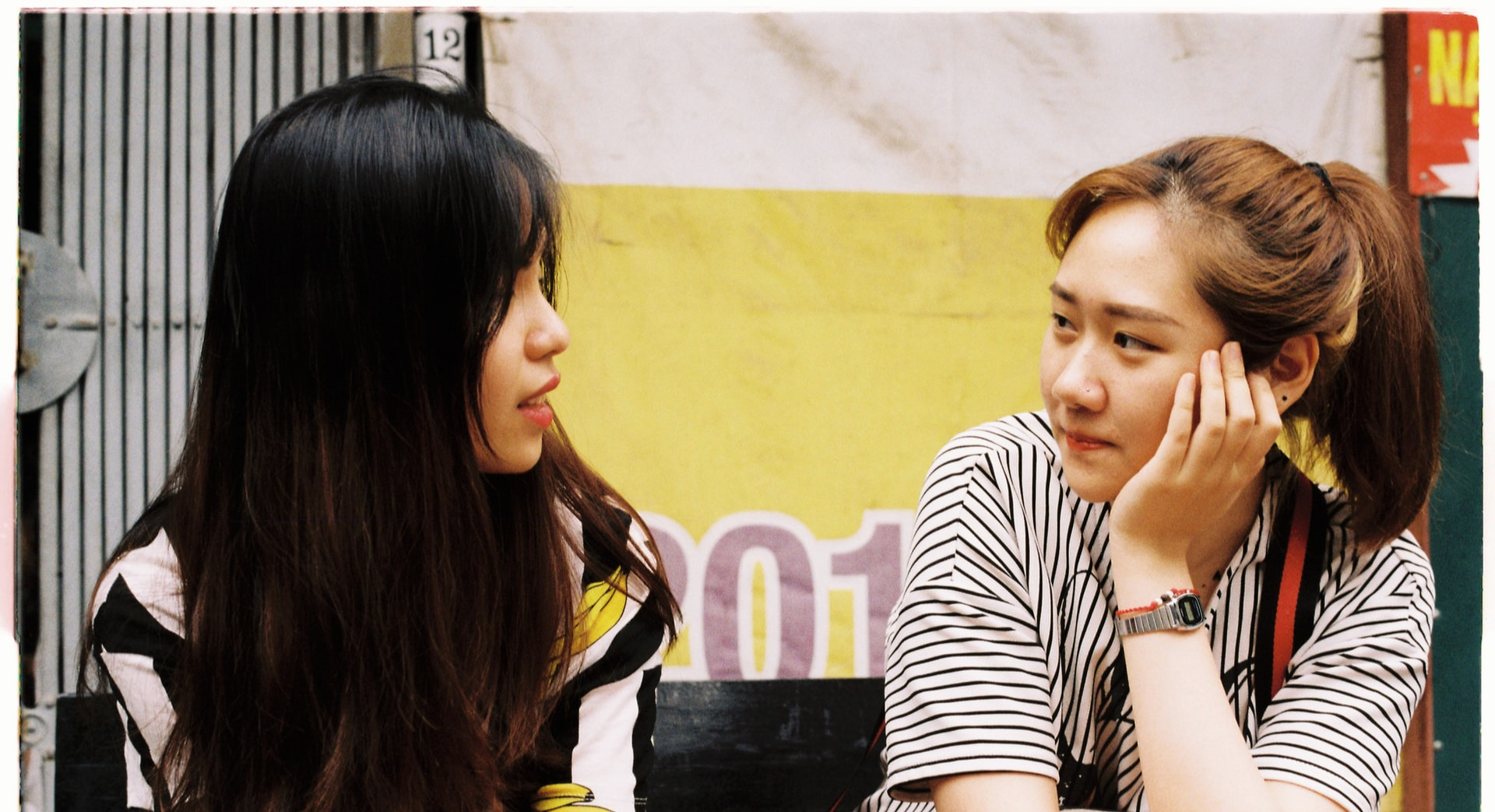 Why Is It So Hard for Artists To Talk About Money?

It’s not easy for anyone to talk about money.

Our culture doesn’t encourage people to talk openly about money, whether you have it or you don’t. It’s tough to talk about what your expenses are, how much – or little – you’ve been able to put into savings, what your monthly debt payments look like, and whether you receive financial support from your family or are the one supporting your family. It’s hard to talk about money because so many of us are in financially precarious positions and one of the tricks of capitalism is that it makes us believe that structural inequalities are actually personal failings. People feel personal shame about financial instability when in reality, it’s caused by underpaying workers, huge costs for housing, healthcare, and education, and the long-term effects of racism.

Massive upheavals like the 2008 financial crash and mass unemployment as a result of COVID-19 have opened the door further and further towards talking about money culturally, but we still have a long way to go.

In the art world, money talks can be especially challenging. Fractured Atlas wants all members of our creative community to do the work that you want to do, which takes money and know-how about budgeting. And it often takes fundraising chops. In order to become more confident with your finances, we first need to talk about why artists find it challenging to talk about money.

Why Artists Need to Talk About Money

In general, we think that people need to be able to talk about money more openly. Inequalities, including economic inequalities, thrive in secrecy.

But there are particular reasons that artists need to be able to talk shop about your finances. If we don’t talk about money openly, we can’t figure out if we’re getting underpaid for our work, how much to fundraise, what to charge for our pieces or for a ticket to our performances, how much to pay for a studio space, or whether an MFA or residency is worth it.

Moreover, so many of the most visible models we have for artists, artwork, and art spaces are frankly made possible by inherited wealth or independently wealthy people. If we don’t talk about money, we might think that we are somehow failures for not having our own gallery spaces or needing a day job, when in reality a lot of people who are able to have those gallery spaces or spend all of their time on their work are able to do that because they don’t have to worry about money.

So much of the art world’s finances are opaque. If we don’t talk about money, we find ourselves getting underpaid, overspending when we don’t need to, wading into projects without knowing that it will be a much bigger financial burden than we expect them to be, and feeling like a failure for struggling financially. We can trick ourselves into thinking that the art world is hard to break into because of our own personal shortcomings rather than a structure designed to benefit the already-wealthy.

One of the machinations of capitalism is to make people think that poverty is a personal flaw rather than a systemic failure. So, one of the reasons that artists don’t talk about money is that the logic of capitalism teaches you that if you don’t have economic resources, it’s your fault.

People born without economic privilege learn from a young age to hide their financial situation to avoid social scrutiny, pity, or judgment. It can be embarrassing to not have enough to eat, to never go on vacation, to live in a shelter, to be behind on debt payments. So people who grow up with economic instability learn to hide it.

People who used to have a larger safety net can feel embarrassed if they lose that net, or have “moved down” in the world. Even though the reasons that they might have lost that safety net are out of their control; a housing crisis and banking collapse because of the selfishness and ignorance of the wealthy few, a healthcare system that regularly bankrupts people who get sick or deal with chronic health issues, and an education system that is unaffordable to most without significant loans. And for millennials, most of us have moved down in the world, economically. We are the first generation to be generally worse off than our parents.

Even though economic instability often comes from larger structures of power, they still feel like our individual fault. That means that it’s challenging to speak openly about finances because to admit that you’re struggling can feel like admitting to a personal failure.

It’s Actually Not Glamorous To Be a Broke Artist

We have so many cultural touchstones that idealize being a struggling artist: La bohème, Just Kids, Chelsea Girls, and the rise of a career like Basquiat’s, and other stories. While they might be beautiful and resonant pieces of art that speak to the connections that can be made by creative minds on the economic margins, they also romanticize economic struggle.

There’s a difference between representations of a bohemian lifestyle and actual poverty. Living in an ill-heated warehouse and wondering where your next meal is going to come doesn’t make you a better, more interesting, or more creative person. It’s symptomatic of larger structural issues that let people fall through the cracks.

Because we have so many cultural representations of creative, bohemian lifestyles, it can feel confusing and embarrassing when real economic insecurity isn’t like the narratives we’re surrounded by.

Artists Who Have Money Don’t Talk About It

Especially in major cities like New York City and Los Angeles, it’s not uncommon to find yourself working and hanging out alongside fellow artists, finding low-paying jobs and squeezing in time at the studio or at the theater to try and make it work. Then you find out that someone who you thought was in the same financial position as you are doesn’t pay their own rent or was able to go through an elite MFA program without accruing any debt. Many artists that are able to work and live in expensive cities are able to do so because they are independently wealthy. And many tend not to be up-front about it.

These wealthier artists and creatives might not talk about their financial situation because it’s gauche to talk about money (especially if you have it), and because they might feel guilty compared to other artists who are actually experiencing financial and economic risk by following their creative pursuits.

Ultimately, it is uncomfortable for people to talk about money, whether you have it or you don’t. But when people who do have money don’t talk about it, they perpetuate myths about how easy it is to be a full-time professional artist. Wealthy people in the art scene make it all the more challenging for people who are actually facing economic precarity if they don’t acknowledge the economic privilege that supports their lives.

Artists Don’t See Themselves as Money-Savvy

Even though artists are frequently managing several freelance jobs, running fundraising campaigns, paying or trading with collaborators, and keeping track of receipts for everything along the way on a tight budget, they aren’t usually considered to be good with money.

It can seem antithetical to the creative process to be finance-oriented. Even though it’s not true, there’s a perceived negative correlation between being good with money and being a good artist. The better you are with managing money, the less creative you can be. This brings up internal suspicions about financial acumen or even talking about money openly.

Another reason you might not consider yourself to be money-savvy is that some of the ways that artists spent money don’t always seem prudent to non-artists. You might work a job for half a year and then earn enough money to spend the other half of the year engaged in your creative work. To someone who isn’t interested in the arts, it might seem like a bad idea to not just earn as much money as possible, but actually this model shows that you can budget and save while prioritizing what really matters to you. Unconventional priorities don’t make you bad at managing money.

We All Have a Hard Time Talking About Money

It’s not just artists who have a hard time talking about money. Our whole society discourages frank financial conversations, whether you have money or you don’t.

But ultimately, as artists and in general we all need to get more comfortable talking about money. Power imbalances persist because of silence. If we never talk to one another about money – about debt, struggling to make ends meet, or the privileges that have afforded us the opportunities we have – the myth that this country is a meritocracy continues. Money gives you comfort and opportunities and pulling yourself up by your bootstraps is literally impossible. That’s not to say that people can’t change class position or succeed without being independently wealthy. It is, however, to say that the system is rigged against people without generational wealth and we’re societally just starting to see that with more clarity.

If we never talk about money as artists, we don’t see how economic privilege structures the art world – who can afford to pay for residencies and MFA programs, who can afford to take a low-paying job or unpaid internship, who gives grants to fund new work, who can use their own money to buy supplies or rent space.

It isn’t just artists who need to talk about money more. We hope that people become more open about their finances overall, including talking to coworkers about how much you get paid.