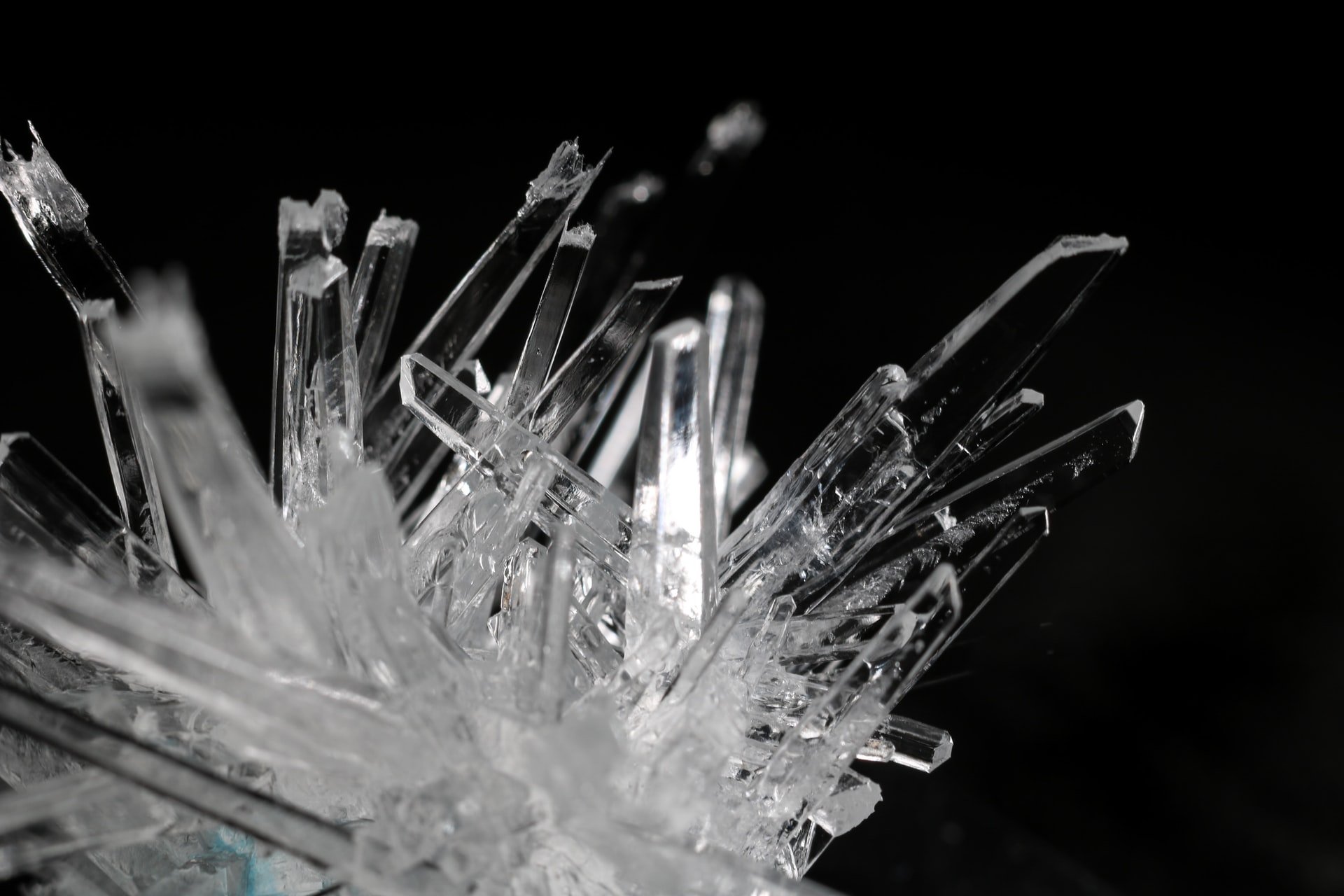 Big Ideas | How We Work | Anti-Racism/Anti-Oppression

We’re in a moment where workplaces are having more serious conversations about how to become more equitable, less racist, less oppressive. If you aren’t in management, HR, or operations, it can feel like you’re waiting around for the decision-makers at your organization to implement change, however long-overdue.

In addition to any book clubs, internal meetings, article-sharing, and soul-searching that you and your colleagues might be doing right now, there are concrete strategies you can put into action yourself to build a more anti-racist working environment in your individual job, and in your sector.

One of these strategies is salary transparency.

What is Salary Transparency?

Salary transparency simply means knowing how much your colleagues are compensated.

Salary transparency is something that is shared by individual workers. It means colleagues openly discussing how much they are compensated, how their salaries have or haven’t grown throughout their careers, and how they have advocated for better pay.

Worker-generated salary transparency can happen within a department, within an organization, or across an industry.

Salary transparency can be also built into the structure of an organization. For example, an organization can provide internal documentation about every individual worker’s salary. Salary transparency can also be built into the structure of a job by listing compensation in job listings. Job listings that describe salary as “commensurate with experience” are not transparent.

Why is Salary Transparency Anti-Racist?

We’ve known for a long time that the way people are compensated for their work is unequal. Wage gaps exist between white, Latinx, and Black workers, as well as across other demographics including gender.

The wage gap is not new, and it’s also not getting better. According to 2018 research in the Quarterly Journal of Economics, the wage gap between white men and Black men hasn’t changed since 1950.

Further, 2018 research published in Applied Psychology found that when Black job candidates negotiate for better salaries, they are perceived as pushier than white applicants making those same negotiations, and ended up receiving lower starting salaries as a result of racial bias during negotiations.

The wage gap is an effect of racism, and one of the ways to close that gap is to make wages less of a secret within workplaces and across industries. If we all know how much we are being compensated compared to others, we can collectively work towards pay equity.

Why Don’t We Have More Salary Transparency?

Simply put, salary transparency is rare because it’s perceived as being bad for the bottom line. Businesses and organizations operate by creating surplus value, and one of the key ways that surplus value is created is by underpaying workers. If workers don’t know that they are being underpaid compared to their coworkers or the industry standard, they won’t know that they can and should advocate for better wages.

It is also considered gauche or impolite to talk about money. It feels impolite to inquire and uncomfortable to share your own finances. But this cultural norm is actually a structure of oppression. If we never talk frankly about money, we never find out that people are able to accept low-paying jobs and unpaid internships because they have inherited wealth or a family who can financially support them in the early phases of their career. If we never talk about money, we can’t learn about who was able to graduate from college without debt and who is sending money to their family while paying down student loans. If we don’t talk about money, we can think that everyone is on the same, level playing field. Which we know isn’t the case.

It can be embarrassing to talk about money. It might create feelings of shame to admit that you are barely scraping by, especially if you work in an industry with cultural capital (like the arts). It can bring up feelings of inadequacy and failure. Or, on the other hand, if you suspect or know that you’re better compensated than your colleagues, you might feel guilty.

How to Increase Pay Transparency

Increasing pay transparency is a way to help people who are systemically underpaid (workers who are Black, POC, women, disabled, trans, and more) advocate for better compensation.

Talk to your coworkers

In order to increase salary transparency, you have to talk to the people you work with. This can feel tricky, though. It’s not always easy to just walk up to someone or shoot them a Slack and ask what their paycheck looks like. When you start these conversations, start them with coworkers who you already have a friendly and trusting relationship with.

Think about opening up conversations about money by starting from a position of asking advice or building solidarity. Make it clear when you talk about money with colleagues you are talking about it because you want a rising tide to raise all boats. You might well find that you are better or worse compensated than your peers. The goal of salary transparency is to help you and your coworkers collectively advocate for better wages. And you can only do that if you are open about money with one another.

If you are interested in increasing salary transparency in your workplace, consider starting by sharing your own salary. If you are in a position of structural privilege (white, male, cis, etc.), you might be sharing that you earn a lot more than your coworkers. Sharing this information can be an act of solidarity because it helps your coworkers demonstrate that they are being underpaid, and can give them a salary or salary range to advocate for.

In our jobs, and in capitalism more broadly, we’re made to think that we need to compete against one another for a slightly bigger piece of the pie. Instead, we need to be advocating for a more equitable pie for everyone. And then, eventually, baking the pies ourselves. And then, seeing if pies are really the best thing to be baking. Maybe a cake would be better? But first, we need to talk to everyone else getting a slice to see who is getting what.

If your place of work has recently put out an announcement that they are working to become a less racist organization, you have leverage to suggest that salary transparency should be a part of that work.

Often, organizations might want to become less racist, but don’t know where to start. You can make the case that salary transparency is part of that work.

These changes can start small at an organization. Perhaps you could suggest that your organization start by making a policy to post the salary or salary range in job listing. That way, people don’t get all the way through an application process only to find that the job would pay $35,000 per year or get to the offer stage of an interview and leave money on the table because they didn’t know that the organization hiring had room in the budget to pay someone $10,000 more annually if pushed.

Not only is salary transparency part of anti-racist equity work, it is also better for institutional culture. Underpaying people leads to bad morale, as does a sneaking suspicion that your coworkers are getting paid more. Underpaying also leads to higher turnover. If an organization isn’t paying someone what they’re worth, or paying a living wage, eventually that person will take their skills, knowledge, and experience elsewhere.

A lot of organizations and companies might feel some aversion to this kind of transparency. But that discomfort should encourage those organizations to rethink how they compensate workers!

Salary transparency is about more than just your individual office. Consider ways that you can share compensation information in your sector, as well. That might be media, advertising, arts, nonprofits, or wherever you find yourself working. How does your salary stack up to others in the field doing comparable work? Does your workplace underpay compared to others? Only by figuring out who makes what, and where, will you be able to really get a sense of what the landscape looks like.

Anonymous Google Sheets full of salaries have been circulating for the past few years. They can give a broad view of the range of salaries people can be paid for the same work. Participating in these anonymous, autonomous, public data collection efforts by sharing your own salary, and circulating the lists amongst coworkers increase worker solidarity by providing more information about how money works in your field.

Tell jobseekers what salary you earn

When people are on the job hunt, and especially when they are just starting out in their career, they likely don’t know much about salaries. They might not know how much is normal for a starting salary in your field, when an organization is lowballing them, or how to advocate for a fair wage.

Offer up your experience to jobseekers. A great way to help future generations of workers is to tell them what you wish someone had told you at the beginning of your career. This pertains to all kinds of advice, but certainly includes a blunt talk about finances.

When we think about what it means to build anti-racist workplaces, people tend to think that the ways to move forward include workshops, book clubs, committees, and commitments to increasing Black and POC representation in organizations and in leadership. These are all important parts of anti-racist work. But they aren’t enough.

Racism has deep economic roots, and lasting economic impacts. Value in this country has been created through the mechanisms of racism; slavery, sharecropping, redlining, and the prison industrial complex. Black folks in this country have been systematically shut out of many meaningful economic benefits. Unless we address the economic impacts of racism, any other changes we make will be superficial at best.

The arts has a long way to go towards becoming an anti-racist field. It is ongoing, lifelong work and we have a lot of catching up to do.