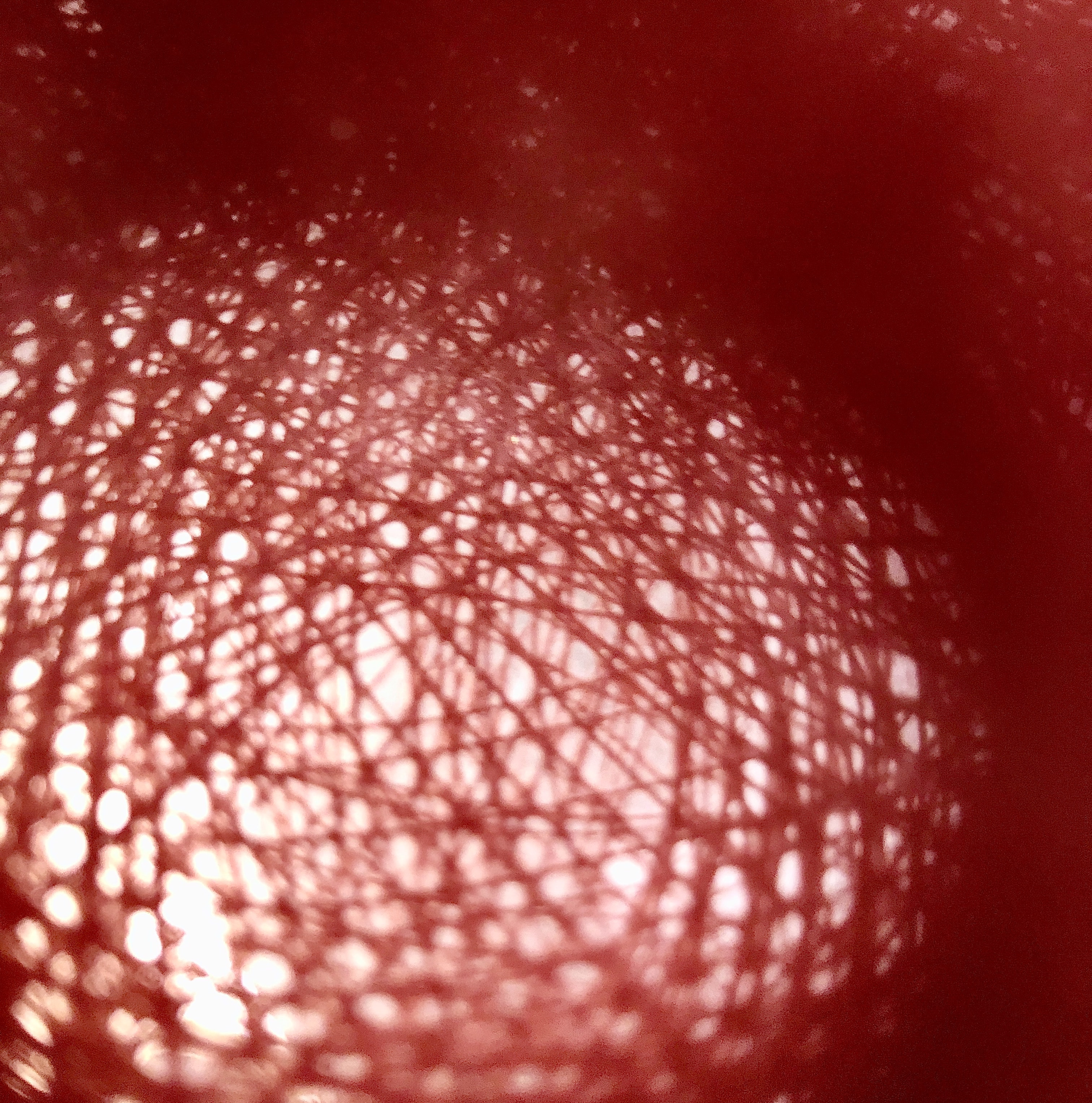 What Exactly is a Toxic Workplace?

Big Ideas | How We Work | Anti-Racism/Anti-Oppression

The word “toxic” has been having a big few years. It was chosen as the Oxford Word of the Year in 2018 and, honestly, it’s still going strong. It is applicable to personal relationships, environmental collapse, and, of course, workplaces. With the fallout from COVID, the rapid shift to remote working, and an unsteady implementation of hybrid working, everyone is thinking about their workplaces more and more. Are they especially brutal? Are they supportive? Do they let us live dignified lives? One framework for thinking through particularly bad workplaces is the concept of a toxic workplace. But what does that phrase really mean? And why does it matter to define it carefully?

We believe that it matters to be clear about what we mean when we say “toxic workplace” so that the phrase continues to carry the heft it deserves, which extends beyond the regular frustrations of working life under capitalism.It’s only with a strong shared understanding of what a toxic workplace is that we can struggle towards solutions (for workers if not workplaces).

What a Toxic Workplace Isn’t

Every workplace can be infuriating, dread-inducing, exhausting but that doesn’t mean it’s necessarily toxic. These feelings are just symptomatic of labor under capitalism, plus Zoom fatigue, commute exhaustion, navigating caregiving responsibilities, and a host of other very real issues. A toxic workplace is more than just a place that you don’t really want to go to (whether in person or virtually).

A toxic workplace isn’t when you simply dislike a colleague or have a hard time working with them. In any group of people, there will be people you are more naturally inclined to get along with and collaborate with. There will always be people whose communication styles mesh better or worse with yours.

A toxic workplace doesn’t mean a workplace where there is conflict. Conflict at work is normal and, frankly, expected. It’s not necessarily a toxic environment when people disagree about approach, static, strategy, or something else.

These can all be features of a toxic workplace, however. If you feel acute anxiety before you arrive at your workplace or before you log on, your body might be responding to your job’s toxic atmosphere. Extreme interpersonal challenges and certain manifestations of conflict can absolutely be signs of toxic workplaces.

Often, a toxic workplace is described as a place where people are uninspired. This can definitely be a result of a toxic workplace, but from our perspective, not everyone needs to be inspired by their job all the time. In fact, some people might prefer to punch in and out without needing to be excited about what it is that they’re doing.

We’ve also seen toxic workplaces identified as workplaces with high turnover rates. This can definitely be the case. People cannot thrive, so they leave. But it’s also quite a bit more complicated than that. Some toxic work environments lead to long tenures because people feel that they are unable to leave, or sometimes people can’t risk the economic precarity of job hunting. Sometimes, workplaces have high turnover because of other reasons. Turnover rates do not necessarily equate to the health of a workplace.

What separates toxic workplaces from a few bad coworkers or the everyday frustrations of a job is that the problems aren’t just individual; they are systemic and culture-wide within the workplace.

This systemic nature of a toxic workplace could show up in a few different ways. It might mean that the people who behave abusively are routinely rewarded for their behavior either through promotions, raises, and institutional power or through access to soft power or personal connections with people who do have institutional power. It could mean access to a boy’s club (broadly defined).

It could mean that anyone who refuses to accept a toxic culture is abused and burnt out until they leave. [Incidentally this means that toxic work cultures self-perpetuate because the people who stay are the people who either don’t see a problem or have learned to adapt themselves to it].

Toxic workplaces are also places where there are no ways to report abusive or inappropriate behavior, perhaps because there’s no structure to handle these abuses or there’s nobody to report it to who isn’t a part of the problem. A feature of a toxic workplace is not just that it’s bad, but there’s nowhere to go to fix it or find meaningful relief from problems.

So, what are some of the systemic features of a toxic workplace?

A toxic workplace culture is fundamentally a culture of abuse. This abuse can take a variety of forms. It could be bullying or belittling in meetings or via Slack or email. Abuse could entail physical abuse or sexual abuse, including harassment.

A toxic workplace is an unsafe one because of interpersonal abuses, whether that’s physical or mental.

These kinds of abuses might get waved away by pretending that it’s all a joke or through recourse to the idea that “that’s just what the industry is like.”

As I've mentioned above, it’s not only that abuse happens at work. It’s that there isn’t recourse when it does. There’s nobody to report to, there isn’t action taken when reporting does occur, there’s retaliation when a problem is reported, etc.

As an outcropping of abusive behavior, inappropriate conflict is often a sign of a toxic workplace.

Often, conflict is necessary at work. Through disagreements, different perspectives, and different priorities we can arrive at the best solutions and see things from new angles. Without challenging one another, we don’t grow.

But, of course, there are deeply unacceptable and inappropriate kinds of conflict that are indicative of a toxic work culture.

Inappropriate workplace conflict takes what should be a work-specific conflict and turns it into a personal attack, replete with bullying, belittling, or berating. It could entail punishing dissenting voices either through bullying or shaming tactics, revoking access to those decision-making spaces, or denying advancement like a raise or promotion.

But toxic conflict doesn’t need to be full of explicit outbursts. Passive aggression is another hallmark of a toxic workplace culture, as well as white supremacy culture. When people don’t say what they mean, sidestep around issues and don’t make their needs known, they create a culture of lingering resentment, frustration, and opacity that’s hard to overcome without seeming overly brash and argumentative.

Toxic workplaces often feature poor boundaries, which could manifest in a number of ways.

There could be a lack of boundaries around work; consistently demanding that people do work outside of the scope of their job and to work late. This is common in startup culture, where people are often given perks like free meals or even nap rooms to encourage them to stay at work for longer and longer hours.

Boundaries are also about communication. A toxic workplace might entail frequent communication outside of working hours with the expectation of an immediate response, via email, Slack, or texting.

In a toxic workplace, you might also see communication that crosses personal boundaries in ways that make people feel unsafe or uncomfortable.

Toxic workplaces make it difficult to take breaks and unplug, either because there is a cultural expectation that you shouldn’t take vacation or that when you do, your coworkers will still demand your attention.

In addition to the personal traumas that toxic workplaces produce, they are also not effective workplaces.

If a workplace is full of interpersonal strife, power struggles, and constant inappropriate barrages of emails, people will have a hard time succeeding. If there are people who can’t work with one another for one reason or another, essential cross-collaboration will prove impossible.

People who are in toxic work environments are burnt out, exhausted, and disempowered in terms of decision-making. They also often leave, leading to high turnover. None of these things lead to high performance.

We already know that workplaces, like the rest of the world that we live in, are racist. Hiring is racist, Black workers are paid less than white workers and perceived as pushier than white workers when asking for a raise. Racist aggressions, micro- and otherwise are a feature of working life for Black and POC workers, including in the arts.

Stressors of a toxic workplace are likely to be more acutely felt by BIPOC workers because they are layered on top of the everyday racism of our world, but also because toxic abuses of power are most likely to fall on the shoulders of people who are already marginalized. Plus, because of issues like tone policing, BIPOC workers–especially Black women–who raise concerns are more likely to be labelled difficult, too sensitive, or angry. This means that it’s even harder to seek redress or solutions for Black and POC workers experiencing harm in a working environment.

The effect of toxic workplaces, interpersonal aggression, a lack of boundaries, and more lead to burnout, work trauma, and people leaving industries.

What Do You Do About a Toxic Workplace?

Once we understand that a toxic workplace is a systemic problem of a work culture rather than the issue of one or two bad coworkers, the question becomes how you can change a toxic workplace.

We wish we had the answers for you and for everyone who has ever experienced a workplace this bad. It’s hard to make institutional change for reasons ranging from risk aversion to scarcity mindset to a dearth of positive examples to look towards. And unless you have institutional power to create change at a job, you actually might not be able to effect real change.

Institutional change is hard to create and you need buy-in from leadership. If you have that buy-in, there are tools and practices available to help you build trust, including race-based caucusing and other strategies for both managers and workers. But if you don’t have that buy-in, we hope that you choose to prioritize your own mental wellbeing over and above fixing an institution that doesn’t want to be fixed. Sometimes the only thing you can do with a toxic workplace is leave.