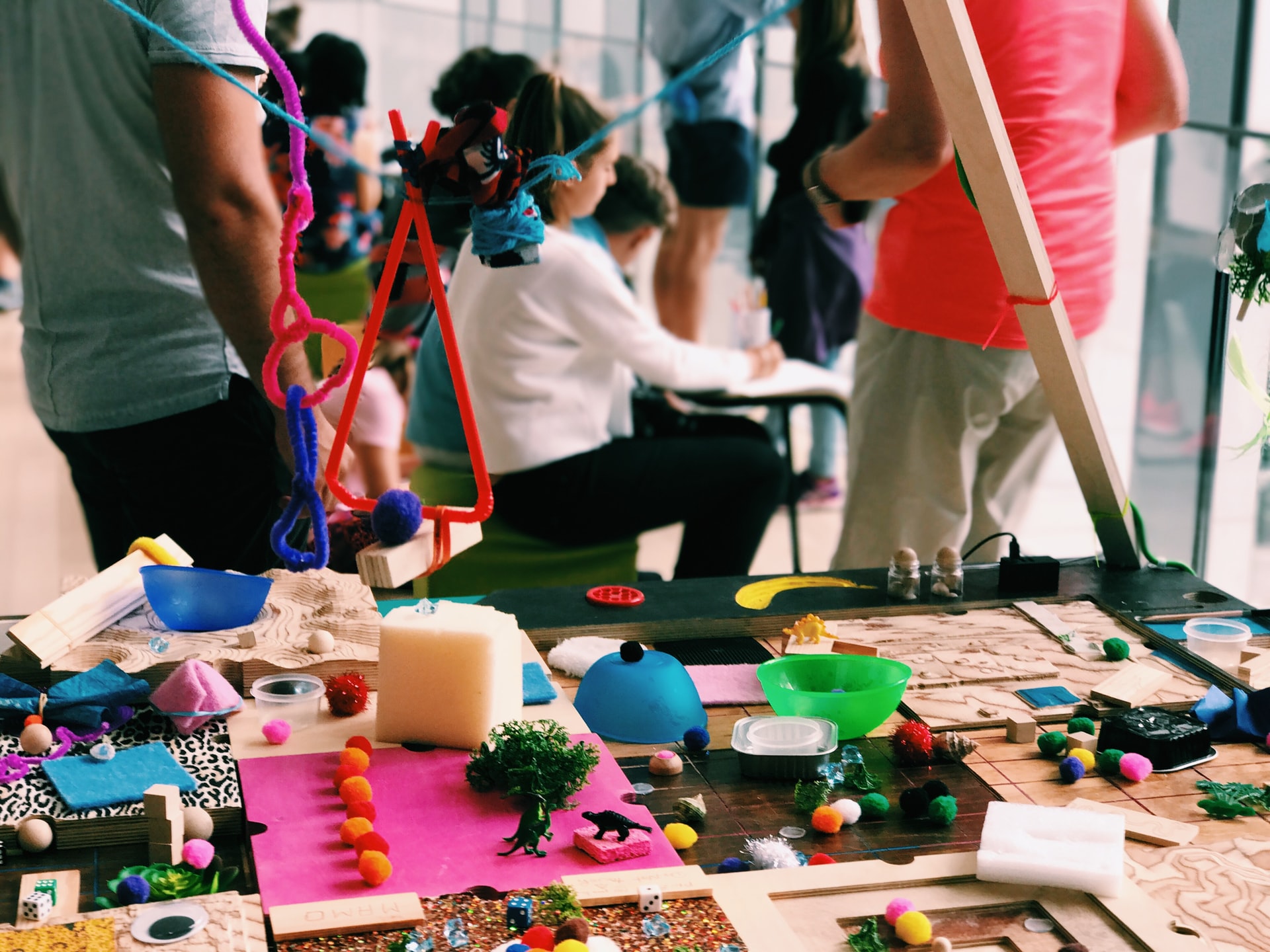 What Are Artist Co-ops?

The life of an artist can be a financially precarious one. You might be spending a big chunk of your own personal money buying supplies, traveling for research and then to show your work, or hiring outside help with funds out of your pocket to realize your vision. You might spend your time applying for grants and other funding opportunities without knowing if they are going to come to fruition. You might never see that money come back in the form of sales, royalties, or freelance jobs. And in case of emergency, artists are hard-hit.

As we’ve seen in the fallout from the COVID-19 pandemic, when an emergency happens and planned contracts or shows fall through, there aren’t real safety nets for artists. There are very few formal mechanisms to support creatives and freelancers in an economic crisis, even though art has been more crucial than ever in the age of social distancing.

We’ve seen tremendous and inspiring work to support artists in emergency. We’ve seen emergency grants, mutual aid funds, and spontaneous organizations of artists sharing resources and supporting each other. But we know that that isn’t enough.

To paraphrase the Freelance Artist Resource Producing Collective, the first step is triage and the second step is transformation. It’s clear that the current structures of power aren’t interested in protecting artists, creatives, and working-class people. While we struggle for broader political change, we also need to build structures of solidarity amongst ourselves. We need to re-imagine our relationships to other artists so that we can build more stable, collective structures to support our work. One path forward is artist co-ops.

“Co-op” stands for cooperation. A co-op is a group of people who have come together to pool resources, share in decision-making and governance, and spread out financial risk. Co-ops operate from the knowledge that collectivity lets you accomplish more, and that the people create value for an institution should also be able to make decisions about how it operates.

There are many different kinds of co-ops.

A food co-op can require members to pay a membership fee and work a certain number of shifts at the co-op restocking food or working the cashier station in exchange for lower prices on food and a voice in the governance of the co-op. Because members of that food co-op are working together, they can get bulk pricing on high-quality food and develop relationships with wholesale distributors that would be impossible if each individual was acting on their own.

A housing co-op could entail a group of people pitching in to buy property together that none of them could afford individually. They would share financial responsibilities for the property as well as splitting responsibilities for its upkeep and any decisions about renovations or other changes.

There are a few ways that artists can integrate co-ops into your creative practice. If part of your creative practice includes freelancing, you might start a worker-owned co-op to share the expenses of equipment or an office, to widen your professional network, and to collectively push for better wages and working conditions. You might think about starting a studio co-op, where you all pitch in to purchase a studio space and run it together. Many artists also choose to focus their cooperative efforts on sales and gallery spaces. By putting together a co-op gallery, you can reach more people and more potential buyers than you could if you were just trying to show your work on your own.

Benefits of Co-ops for Artists

As we’ve noted, it’s expensive to be an artist. Co-ops can help mitigate some of the financial burdens of creative practice.

A lot of the equipment or supplies required to create art, not to mention the space in which to create it, is expensive. If you buy and own collectively, you can amass more of the supplies you need to make your work, and have a say in the ways that studio supplies are purchased and used.

For example, I’m a potter and the prospect of buying a kiln, a wheel, glazes, and renting a studio all on my own is financially impossible. If I were a part of a studio co-op, I could still get the benefits of owning equipment but without zeroing out my savings account. Right now, I’m a member of a studio owned by an individual. That means that while I am able to access tools that I couldn’t otherwise afford, if the studio owner decides to shut down the operation or change its rules dramatically, I have to go along with whatever they decide. I rent; I do not own.

Artists can also benefit from co-ops from a marketing and sales perspective. If you are working together in a co-op, you can hold a group sale and split some percentage of the overall profits. Rising tides lift all boats and you each individually benefit from the others’ networks. If a fellow co-op member brings in their community to a sale, that’s that many more eyes on your work and a higher likelihood of sales.

Co-ops give artists a formal space to share knowledge and skills. If a piece of equipment breaks in your private home studio, you only have access to your personal network and the internet. If you have an issue with equipment, you have a number of other highly-skilled minds to help you troubleshoot – and who are invested in the problem getting solved because your equipment is their equipment, too!

But, most importantly, there is security in collectivity. By sharing ownership cooperatively, you share both risk and reward. You become less isolated, and better equipped to weather the whims of contractors, buyers, and the market more generally.

Different Kinds of Co-ops for Artists

As we’ve mentioned above, there are a few different kinds of co-ops that artists might be interested in learning more about, joining, or starting for themselves. Here are a few of them:

In a worker-owned co-op, the workers are also the owners. So for example, if you are a part of a set design co-op, the people who are wielding the power drill are the same people who are negotiating day rates and safety requirements. As a co-op, workers have more power to negotiate with clients than they do as freelancers.

There are also plenty of worker co-ops that exist outside of the arts! There are bike shops, coffee shops, and restaurants that are worker-owned.

Worker-owned cooperatives encourage artists who might ordinarily be working as “lone wolf” freelancers to join forces with their colleagues to share their networks, build out their inventory of tools and equipment, and work together to demand fair treatment and pay. Plugging into a worker-owned co-op as a creative gives you access to knowledge and resources from other industries that can help you grow in your own career and help you build broader worker solidarity.

Worker-owned co-ops for creative professionals include Stocksy (for stock photo photographers), Meerkat Media (for film and television creators), and the Sound Co-op (for sound mixers).

Studio co-ops, like co-op housing, let you own a space without taking on the entire financial burden or burden of upkeep. Artists might decide to work together to purchase a physical studio space collectively, and run it as a co-op. This would mean that there is shared financial investment, shared responsibilities, and shared governance over how the space functions (who can use it, when, for what).

While many artist studios are shared spaces, they often are still in the hands of a single organizer or a single landlord who is ultimately responsible for that space. On the one hand, that means that studio members don’t have to worry about mopping up in case the place floods, or taking out the trash. But it also means that if the landlord decides that the rent will increase by $200 per month or that the space is all of a sudden going to shut down or change directions completely, studio members have no formal say or power to shape the future of the space.

If you are a part of a studio co-op, you won’t have to deal with landlords because you and your fellow cooperative members will be the landlords. You receive the benefits of ownership, but less of the risk, because it’s distributed evenly across all owners.

Studio co-ops don’t necessarily require ownership, though. While members of Manhattan Graphics Center don’t own through their membership, their dues provide access to the studio space and the ability to show their work at MGC.

Artists can decide to show their work together as a gallery co-op. This might mean buying a gallery space to show your work or renting a space collectively for a group show. A gallery co-op could be an ongoing commitment or one that exists only for a brief amount of time. By showing your work together and sharing a percentage of the profits, you can hopefully expand your audience of buyers and curators.

If you decide to show your work cooperatively, you can benefit from the networks that your fellow artists have. Whoever they bring into the shared space will be seeing your work as well without you doing too much to manually build your audience.

If you are a part of a gallery co-op, you become less beholden to the whims of curators and gallerists. You aren’t waiting for their approval, you are creating space for yourself and for your fellow co-op members. And then, if you do make sales from a co-op gallery show, you won’t have to include the gallery in how you are splitting profits (although you will likely be splitting a percentage of profits with your fellow artists).

Plus, your audience might be more inclined to support artists who are organized as a co-op because they know that their money is going to support artists directly, rather than funneled through the mechanisms of a traditional gallery.

Gallery co-ops can be held in physical spaces like the Artists’ Cooperative Gallery and The Artery, or in digital spaces like Ampled.

We've got a full list of co-op examples for artists to spark your creativity.

Why Artist Co-ops are Important Now

In the wake of COVID-19, we’ve seen with fresh urgency how few resources are really there for artists in a crisis. Emergency grants for individuals are necessarily limited, and government funding hasn’t been nearly enough. The structures that we have to protect us are not sufficient.

The arts ecosystem needs serious, structural change. That change needs to come from a lot of different places – nonprofits, galleries, museums, curators, higher education, and the government, to start. We see co-ops as a potential part of that necessary structural change. Artists and freelancers tend to be so atomized in your own practice and in your own work that we can feel isolated, and at the mercy of larger mechanisms of power. By banding together through cooperatives, we can build collective power.

To learn more about how an individual co-op works, and how it can help improve working conditions for the whole field, check out our interview with the Sound Co-op. Or check out our list of examples of creative co-ops to get inspired!