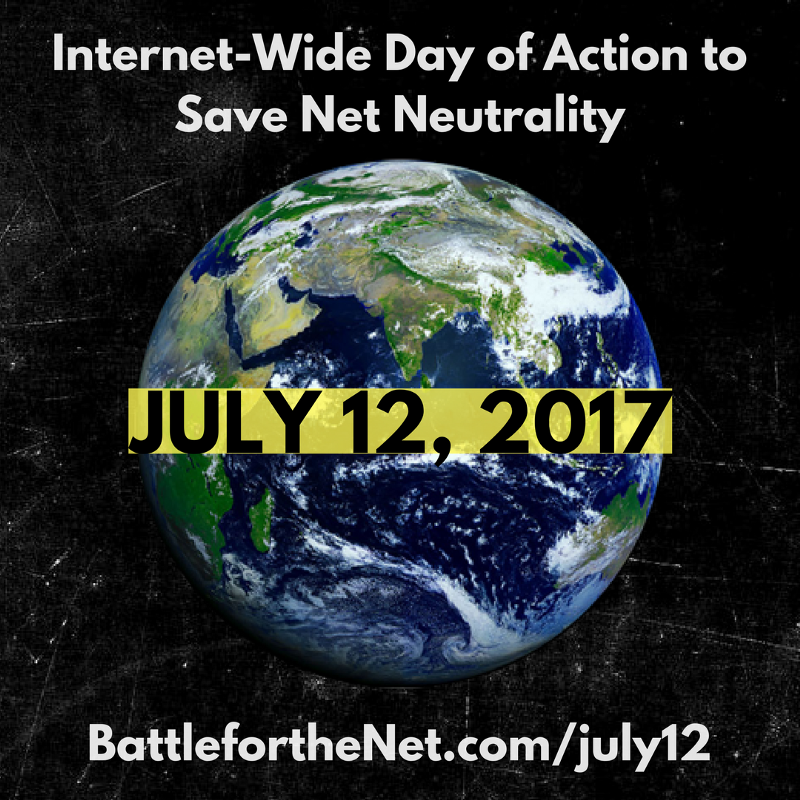 Net Neutrality and the “Day of Action”


Tomorrow, July 12, 2017, Fractured Atlas will be among the numerous websites, internet users, and online communities coming together to sound the alarm about the future of net neutrality, and the internet itself, as part of the Battle for the Net’s “Day of Action.”

Fractured Atlas believes that net neutrality — the principle that internet service providers (ISPs) should not be able to slow down/block any websites or apps, charge apps and websites extra fees to reach audiences, or prioritize some content over others—is vital to cultural and technological innovation, and should be strongly enforced. Without strong net neutrality rules, we risk losing the unprecedented opportunities that the internet provides to content producers for inexpensive, broad distribution of their work.

The FCC — under Chairman Ajit Pai, a former Verizon lawyer — is currently deciding whether and how to reverse Obama-era rules, which placed ISPs under strict FCC oversight, and enforced net neutrality. The FCC’s proposal, titled “Restoring Internet Freedom” — which proposes the loosening of regulations for ISPs, and seeks comment on whether net neutrality should be adopted at all — is available for public comment until Monday, July 17th. Many websites during tomorrow’s protest, including Fractured Atlas’s, will have tools (example left) that will allow visitors to directly send their comments to the FCC.

If you believe, as we do, that strong enforcement of net neutrality is imperative to the future of the internet and creativity, we urge you to send a comment to the FCC, as well as inform your elected officials in Congress on where you stand on the issue.

See below for what Fractured Atlas has said about net neutrality in the past:

If you would like to participate in the protest yourself, the Battle for the Net campaign provides tools for everyone to get the word out on this pivotal issue. Learn more and join the action here: https://www.battleforthenet.com/july12