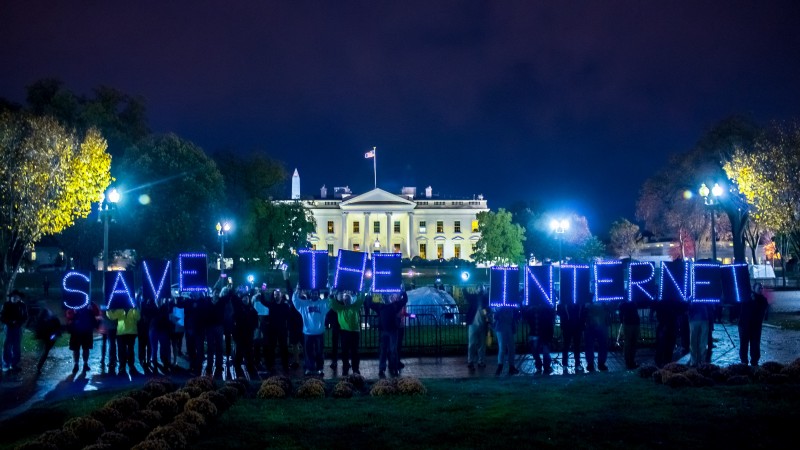 Net Neutrality Win in the D.C. Circuit Court is a Win for the Arts


Courtney Duffy, our Robert W. Deutsch Arts & Technology Policy Fellow, has the scoop on an important net neutrality opinion from the D.C. Circuit Court last month that gives the arts community cause for celebration. You can find Courtney on Twitter @cduffy90.

In June, after more than six months of deliberation, the U.S. Court of Appeals for the D.C. Circuit released its opinion affirming the Federal Communications Commission’s 2015 Open Internet Order. The FCC’s historic decision, which reclassified broadband internet as a common carrier service under Title II of the Communications Act, empowered the FCC to protect a free and open internet.

While the FCC’s 2015 Open Internet vote was widely lauded by innovators, consumers, and tech companies — Fractured Atlas included — it was met with resistance from Internet Service Providers (ISPs) who are incentivized to block and throttle content and implement paid prioritization plans, a means of creating fast and slow internet lanes that would hold content creators hostage. The ISPs sued the FCC last year in the hopes of overturning the Open Internet rules and the FCC’s reclassification of broadband as a common carrier service, and oral arguments were held in the D.C. Circuit Court in December.

I talked about the importance of net neutrality to artists as a guest host of PK in the Know, the tech policy podcast run by our friends at Public Knowledge. As I explained, the arts community harnesses the internet in a number of ways. For example, artists turn to the internet to display and distribute work, collaborate with other artists, seek inspiration, educate young artists, market events, fundraise, and access blogs like this one. Paid prioritization would not hinder large internet-based organizations like Google, Facebook, or Netflix, as they could likely afford to pay for access. However, a world without net neutrality where ISPs could require content creators to pay tolls to access consumers would make it more difficult and expensive for smaller players, many of whom count themselves as members of the arts community, to use the internet to reach the public.

Fractured Atlas has been following the net neutrality proceedings closely over the years because to us, it is personal. Without a free and open internet, we would be unable to fulfill our organizational mission, which is focused on eliminating practical barriers to artistic expression so as to foster a more agile and resilient cultural ecosystem. Our four major programs, after all — Fiscal Sponsorship, Insurance, Artful.ly, and SpaceFinder — each rely upon a free and open internet.

This is not the first time Fractured Atlas has waded into the waters of internet policy. Last summer, we submitted an official comment to the Federal Communications Commission on the subject of Lifeline modernization that detailed the importance of the internet in the lives of artists from five different disciplines. There is absolutely still work to be done to ensure that internet access is expanded as much as possible, particularly to those who face disenfranchisement in traditional media areas.

That said, June’s D.C. Circuit Court of Appeals ruling to affirm the FCC’s net neutrality rules allows the arts community to breathe a sigh of relief. Access to a free and open internet is intrinsic to the liberation of artists and we are thrilled by the court’s decision.