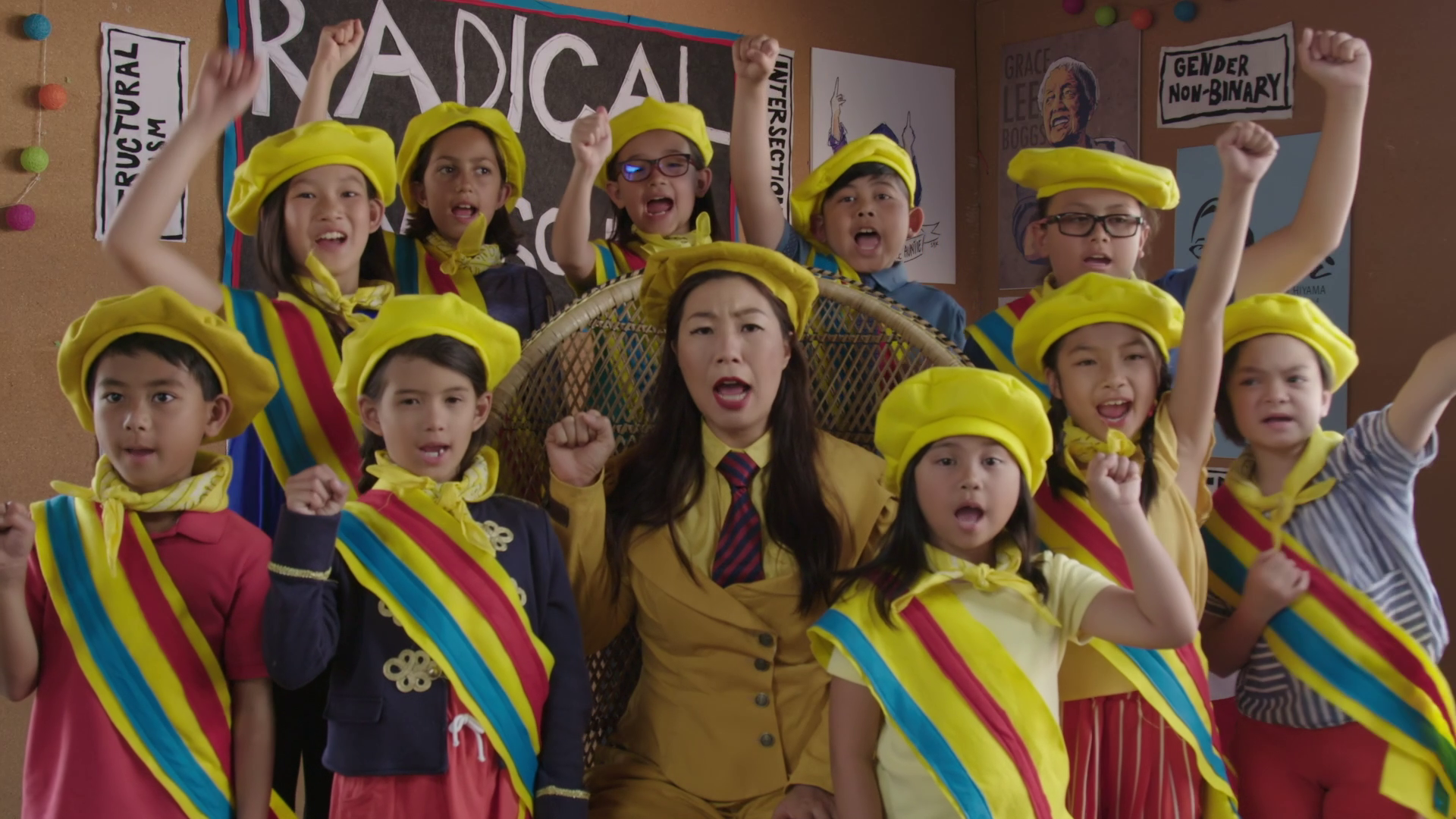 Last year I met Kristina Wong in Chicago at Fractured Atlas' Artist Campaign School, a program that offers trainings for artists and arts administrators interested in running for political office. Kristina is a comedian, performance artist, and actor currently serving as an elected representative of the Wilshire Center Sub-District 5 Koreatown Neighborhood Council in Los Angeles, California. Created to engage and educate young people in civic participation, "Radical Cram School" recently launched its second season. Kristina took the time to share some insight into her journey and the process for bringing the web series to life.

What inspired you to run for political office and also make it your show "Kristina Wong for Public Office"?

I wrote a play called "Attention Please" in August 2016 at Ojai Playwrights Conference.  I was interested in how hard it is to make "shocking performance art" when world events seem to already play out like a weird durational performance art piece. I also had a reality television pilot with TruTv and Lionsgate that was about me as this wacky activist persona of "Kristina Wong" who had crazy prank tactics to trick apathetic Americans into fighting for social justice. But once Trump was elected, it felt like satire died and my self-effacing performance art persona was a liability to the future of social justice and especially, myself. My TV pilot didn't make sense in the new more urgent context of the world. But also, writing a play about how crazy the world was didn't seem to add anything new to the conversation either.

A few months after reeling from what the Trump Administration was doing to the most vulnerable, I sat up in bed and declared, "If politicians are going to take my job as a performance artist, I'm going to take theirs."

"Kristina Wong for Public Office" was going to be my new show. I would create a performative campaign to exploit all the theatrics that real candidates were using on the campaign trail, and maybe at some point actually run for office.

I've run in two local elections and now am an elected representative on my neighborhood council in Koreatown. It's unpaid, so it's just like being an artist! I also have created performance events around my new persona as a politician like debates with dogs and meet and greets with real political puppets. The culminating event is "Kristina Wong for Public Office" an evening length show and rally that describes a lot of what it's been like to run and represent in office. That show has its world premiere at the Skirball on February 7 and will tour around the US alongside the real antics leading up to the 2020 Presidential Election.

"A lot of my newer work reflects on how Asians can be better allies for social justice movements."

What was the inspiration for your Radical Cram School series?

I've been longtime friends with our producers Anna Michelle Wang and Teddy Chao who have three kids together and live in Ohio. Two years ago Teddy messaged me asking if I would sit down with their then 8 year old, Liberty who announced, "I wish I wasn't Chinese." He was concerned that the rhetoric around race in the post-Trump climate was affecting how she was seeing herself as a young Asian American girl in Ohio.

The original idea was that I would sit in the living room and talk to Liberty and her friends about empowerment and identity.  But instead, I blurted out, "We should make a web series!"

I had been watching a lot of late night comedians do segments with kids and wanted it to look like that, but we found ourselves needing to make this both funny but something meaningful for the kids participating and watching. We called it "Radical Cram School" because a "cram school" is the nickname for tutoring centers in Asian communities (that focus on school subjects like math and science), and in our one day shoot we were literally "cramming" the kids with a lot of new ideas around social justice.

What issues are most important to you?

This season of Radical Cram School reflects just the tip of the iceberg of what's important to me. Ending gun violence, protecting undocumented immigrants, trans justice, recognizing elder activists who did the heavy lifting of the Civil Rights movement, teaching boys to embrace healthy masculinity, and encouraging girls and non-binary kids to run for office. I am also interested in environmental justice and affordable housing but that will have to wait til next season!

"Campaigning is the most artistic part of politics."

Can you share some of the process involved in bringing this web series from idea to reality?

On Facebook I asked if anyone wanted to donate and people really came forward with very generous donations so we could pay a skeleton crew. The kids in that season were all friends of friends. I also did some casting by asking around on Facebook. The first season was all unscripted and shot in one day.

We self-funded a lot of the first season too and put it out ourselves. We got great feedback as well as right wing backlash after our first season which helped us do successful crowdfunding campaigns to support the second season. We did five days of shooting and had 31 different cast members during Season 2. This was because we were trying to shoot very different episodes during the school year and kids are hella busy! This season is also our first time creating scripted episodes which is way more work than unscripted.

It's pretty amazing that we churned out two seasons in a relatively quick amount of time!  Kids and their pesky school schedules make for great forced deadlines!  Because Teddy and Anna's kids were only in Los Angeles for a specific window of time, we had to commit to producing and shooting on the weeks we did. We also rushed to shoot Season 2 because our director Jenessa Joffe was pregnant and we wanted to shoot before she gave birth.

What was something that you learned from the creation of the Radical Cram School series?

I don't have kids so I'm always so wowed at how opinionated, curious and hilarious kids are. Some people think that we "brainwashed" the kids or forced them to say the things they say in our unscripted episodes, but really, all that came out of their own mouths with no prompting from me!  Remember, I literally only see the kids on set. There's only so much influence I have over them. They know that something isn't right about what's happening in the world and shielding them from reality isn't helpful.

I used to be so envious of film people for the having permanent glamorous archives of their creations, unlike me as a live performer. But making films is a lot of work and money! For years before I made digital work people would say "You should put your shows online." I don't think they understand just how much labor and money is involved in making watchable product. 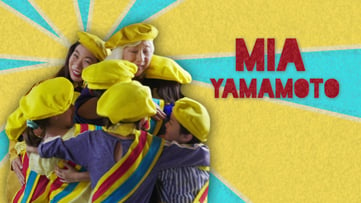 What advice would you give to someone who wants to get involved in politics?

I like looking at a campaign as a way to cast real ideas into the world whether or not you get elected. What I appreciate about Marianne Williamson and Andrew Yang is while they aren't going to win, their campaigns bring a lot of different ideas to the national conversation that other candidates aren't talking about. Campaigning is the most artistic part of politics. Mining bureaucracy to put those ideas into action is an art that I'm still trying to figure out.

I also think that it's really fun to be able to introduce yourself as an "elected representative" when you meet people. So for that alone, you should do it. If anything, to say you ran. It's an amazing civics lesson to run a campaign. You don't have to run for the big ones like school board, mayor, or President. There are plenty of local (mostly volunteer) seats available that you can run for and there are a lot of free incubator programs to teach people how to run a campaign, such as Fractured Atlas' Artist Campaign School!

Where can people learn more about you and get involved with the Radical Cram School Series?

We have both seasons of our web series available to watch on YouTube. And we finally have our KID FRIENDLY IG channel up! We are also accepting donations so we can continue to proliferate this work at film festivals and beyond.