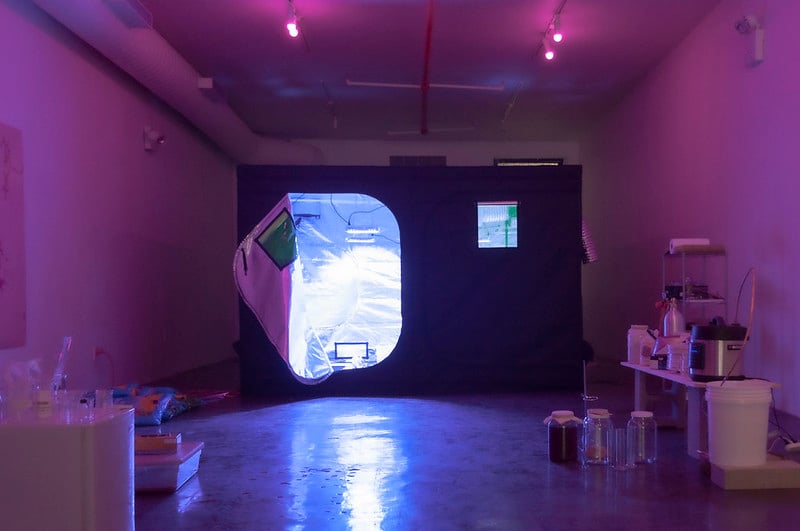 Change is hard, including institutional change. And it’s especially in the arts and nonprofit worlds. There is risk aversion, inertia, and the fact that racism and capitalist brutality are features and not bugs.

It’s also challenging to build more just, equitable, and vibrant institutions because we don’t see a ton of examples of organizations creating change mindfully and successfully. More often, we see institutions that are either more interested in the optics of change rather than the work of it. We see organizations that are being held back by conservative leadership or boards.

New York City-based arts nonprofit Recess, however, is an institution that thinks as deeply about the programming it provides as it does about how it operates as an organization. It seeks to build itself as an institution in the same way that artists make work; putting care, intention, creativity, and brilliance into the container for art as well as the art itself. We want to highlight Recess, their work, and their internal structure because we think that they are doing vital work in their own programming and can serve as an inspiration for other, similar organizations.

The board of Recess recently published a letter detailing recent changes they have made to the organization to keep building towards a more equitable arts institution and community. The letter announces changes for Recess workers, the board, and the artists and youth who participate in their programming.

The letter states that workers will receive a universal starting salary, that 100% of costs for health coverage will be covered for all workers (including part-time workers), and that there will be mental health support for staff as well as the artists and youth involved in Recess’s programs. They are formalizing a dual-leadership model for the staff and the board, and introducing tiered board dues that include a non-financially-contributing tier. Artists who come through the programs will have nuclear support circles and competitive compensation for their work. As the letter states, “The existing models do not serve [Recess] or [its] community… [Recess is] hard at work building new structures to divest from interlocked systems of oppression and invest in shared humanity.”

This board statement feels rare because arts organizations and nonprofits are well-known to be exploitative, extractive spaces for both workers and artists. Artists and workers are underpaid, overworked, and their brilliance often goes to burnish the institution’s reputation while they themselves are burnt out. Within the past year, so many arts organizations and institutions, many with much deeper wells of resources than Recess, have recently posted seemingly half-hearted statements about unity and togetherness while cutting hours, benefits, and entire jobs. This statement, in contrast, has teeth. It is full of real, actionable steps to care for the Recess community and acts as an invitation to move the rest of the industry forward.

Founded in 2009, Recess “partners with artists to build a more just and equitable creative community. By welcoming radical thinkers to reimagine and reshape their world, Recess defines and advances the possibilities of contemporary art.”

At its core are social justice and inclusivity to communities that have been marginalized in the arts. It does this with two core programs; Session and Assembly.

Session supports the creation of new work by providing artists with access to Recess’s physical space for two months as a studio and exhibition space, as well as funding, technical support, and mentorship. And, as of recently, support circles for each incoming artist. Current Session artists are Sydney King and Ogemdi Ude and past Session artists include Marcela Torres, Naima Green, and Tiffany Jaeyeon Shin.

Assembly “offers those caught up in the justice system an inroad to art and connections to working artists and serves as an alternative to incarceration while empowering young people to take charge of their own life story and envision a career in the arts.” Assembly participants go through a curriculum full of storytelling and performance after which they may be able to have their records closed to avoid an adult criminal record. They also receive access to paid creative opportunities and other resources to help them find work in the arts.

At its core, Recess is aware that everyone who interacts with it - artists, staff, youth, audience - are whole people. In the words of Recess board co-chair Leslie Fritz, Recess is “reaching and building for a more just society through the values of humanity and decency, and how you bring them into a workplace, and arts organization, an institution, interpersonal communication, and all of the ways we engage with each other.”

“We ask ourselves as a board at Recess, how do we as an arts institution reverse or disrupt the extraction economy that defines most institutions. How as an arts institution do we utilize a reparations model? The stated purpose of arts institutions are to put forward, elevate, and promote the work and ideas of artists. Unfortunately and quite typically we see that the corporatization of institutions results in this more extractive model which can oftentimes materially benefit the boards more than the artists, and in fact take more than they give to those individuals that they claim to support. If we say we value artists and the intense labor, both physical and intellectual, which they dedicate their whole lives for the benefit of the public, then I think the least we can do as a working and engaged board is figure out a way to truly support their unique needs and voices.”

Recess is unusual in that it combines both a residency with socially-conscious community programming. Its board is unusual as well, even before it announced changes like the non-financially-contributing tier and the shared leadership model. The Recess board is much more involved in the day-to-day operations of Recess and is in more consistent communication with staff than is customary at an arts nonprofit. Some board members are former participants of the Assembly program or former Session artists.

They strive for greater transparency between the board and the staff, in part because they understand that opacity between the two is one of the ways that money and power shields itself from accountability and the gulf between boards and staff at arts institutions often accounts for huge power imbalances.

As board member Xaviera Simmons puts it, “The board is an extension of the activities that are happening on-ground at Recess. We all speak to each other quite frequently about what’s happening. We (as the board) really try not to meddle, but we want to be available to offer support consistently.”

The board members are in an ongoing conversation about power, race, and what it means for all of them to have a deep responsibility to the mission at Recess. They talk openly about what it means that the white members of the board and of the Recess community have access to more wealth than the Black and POC members, but also that the goal of Recess isn’t to replicate white saviorism or white guilt. They have been engaged in conversations and reflection over years. It requires more self-awareness and more internal work than most other boards.

Leslie Fritz and Xaviera Simmons told Fractured Atlas that the reason the board, and Recess as a whole, has been able to enact real structural change is not just that white people involved have peeled back layers of their own privilege. They are building upon a legacy of Black and POC women artists and thinkers, both inside of and outside of the Recess community.

The Recess board considers the work that they do internally to be guided by the same principles as the ones that guide their public-facing programs; care, intention, and respect for the whole person.

The recent board letter from Recess recognizes that they are doing something very unusual and new for nonprofit boards and arts organizations. They write, “What we are proposing may seem radical because there is little precedent in arts institutions.” They see themselves at the forefront of the future of arts organizations and board structures, but they don’t see themselves as isolated or unique. They are responding to the current cultural moment, inspired by abolitionist radical movements, and continuing the legacy of thinkers who have come before them.

They see themselves as showing a path for other nonprofits and nonprofit boards to follow. For Recess, these changes are inevitable as the world changes and as more and more individuals start to know too much about power and their own complicity with it.

The Recess board hopes that other nonprofit arts institutions follow their lead in building new structures, in doing deep work against racism and systemic inequality, and in seeing their community as composed of whole people.

Xaviera Simmons offers an invitation to other boards. “The boards of larger institutions should come down from the mountain and start to talk to the Recess board and let us help to guide the way through an exchange of expertise and even resources. The work we do feels good and it is nurturing for us all. There are complicated entanglements for sure especially as the wealth increases but, in my opinion, all boards have to reconcile and work to be more transparent about personal and institutional funding sources… if you’re not having these conversations as an individual, family or board then I don’t know what work you’re doing in 2021. I don’t know if you’re seeing humanity for what it is right now.”