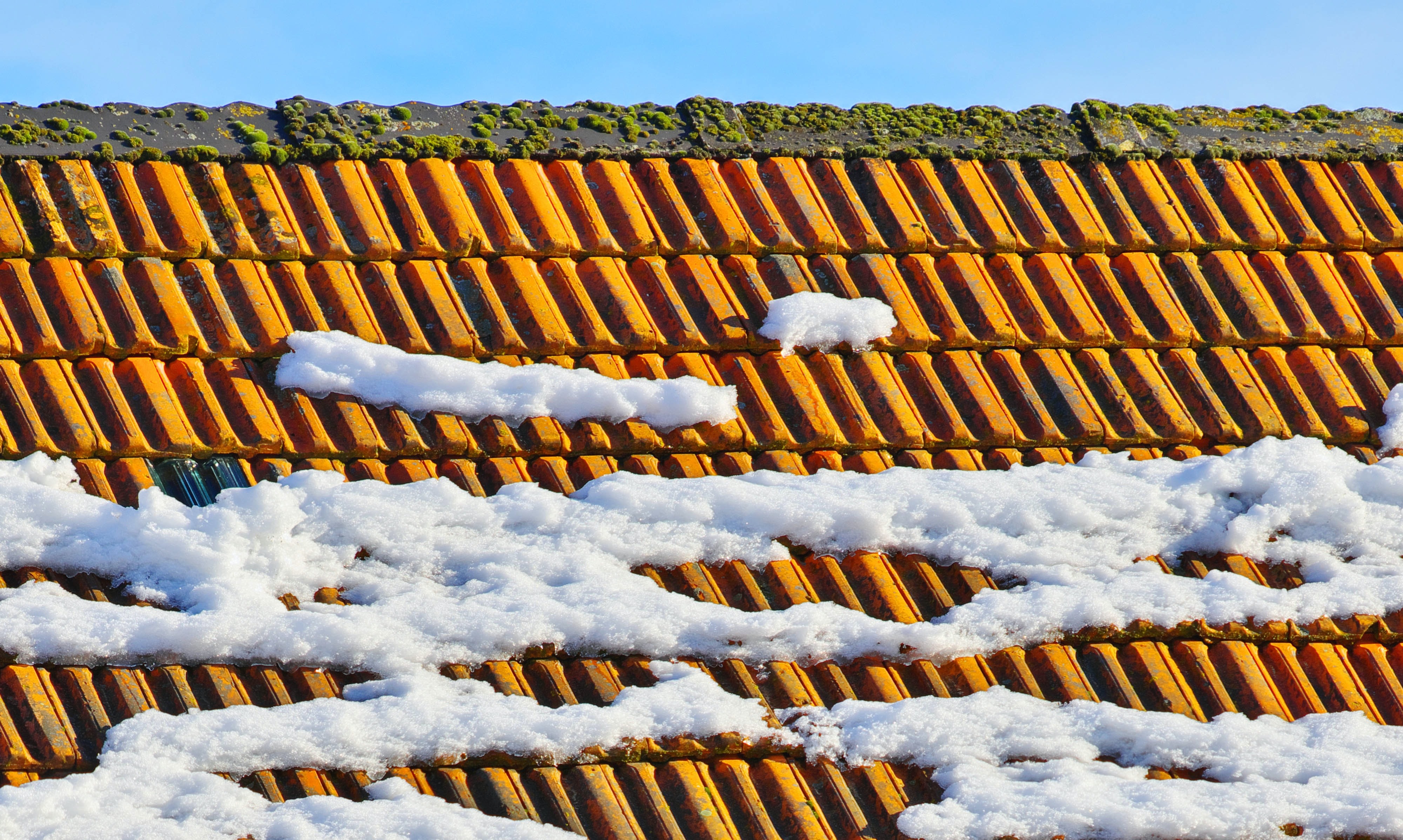 For an entire category of workers (but certainly not the whole workforce) the expectation of a 40-hour, 9-5 Monday through Friday workweek seems like an inevitability; an expectation so deeply ingrained that it’s hard to remember it wasn’t always this way. And it’s even harder to remember that it might not have to be this way in the future.

In fact, many so-called 9-5’s are already beyond the scope of those hours. People stay logged in well after their 8-hour shifts are theoretically done, burn the midnight oil at the office or at home, answer emails over the weekends, and skip lunch breaks. During my first week at my first office job I was told that if I was early I was on time, if I was on time I was late and if I was late I was ****ed. There was an unspoken value in getting to work before the boss and staying until after she left for no other reasons than to “make a good impression” and to the hope that one day your dedication and stress might be rewarded. It was a 9-5 in name only.

The Origins of the 40-Hour Workweek

The beginnings of the modern workday as we know it came about during the Industrial Revolution with the rise of factory labor and industrial production. More and more people were working outside of their homes in factories. According to historian Benjamin Hunnicutt, in the early 1800s, it was common for workers in the U.S. to be working up to 70 hours per week, six days a week.

Labor organizers fought to lower work days to 12 hours. In 1847, English women and children won the right to a 12-hour day and all French workers won it in 1848. Workers around the world continued to agitate for shorter working days during the 19th century and into the 20th. Then, a major shift happened when businesses started implementing shorter work days in the name of increased productivity. Ford Motor Company instituted the 8-hour day in 1914, which eventually echoed out into other workplaces and into other parts of the economy. Two years later, the Adamson Act enshrined the 8-hour day for railroad workers, becoming the first piece of U.S. legislation to regulate the working hours in private companies.

The 8-hour workday was won through labor organizing and then adopted by businesses as a way to increase productivity. It has its roots in specific historical moments, not because all jobs have 40 hours worth of tasks that need to be done between Monday and Friday. Understanding the history of the workweek as we know it lets us see that it didn’t always have to be this way and that it doesn’t have to be this way in the future. So, what other ways could we arrange workdays?

One alternative to the 5-day workweek is to cram those same hours into fewer days. With this model, workers are still working the same number of hours, but usually over a 10-hour shift instead of an 8-hour one.

The benefit of this model for workplaces is that they still get the same amount of employee labor (or, at least the same number of hours) while providing the benefit of a 3-day weekend every weekend.

The more radical version of a 4-day workweek is to cut both hours and days. In this model, workers still are on the clock for 8 hours a day but still only work for 4 days out of the week. The premise behind this approach is that we don’t actually need to be working 40 hours a week at all. Further, the premise is that people actually are better workers when they have a healthier work-life balance. At least that’s what a 2016 experiment with Swedish health workers found.

The 9/80 work schedule splits the difference between a 4-day workweek and the traditional 5-day one. Over the course of two weeks, everyone works for 9 days and 80 hours, meaning that every other week workers get a 3-day weekend. This is accomplished by a combination of 9-hour days and 8-hour days to make up 80 hours per fortnight.

Instead of mandating specific hours and days that someone needs to work, it’s possible for workplaces to create contracts with workers stipulating a certain number of hours worked per year. Then, it’s up to the employee to manage their own time and schedule as they see fit. Annualized hours provide both boundaries and flexibility to workers.

This kind of arrangement can be helpful for people who aren’t able to work the same hours every week because of school, caretaking, side gigs, or who just hate structure and routine.

The most radical departure from the standard 9-5, 40-hour, Monday-Friday workweek is to let go completely of set hours or set days. Workplaces could make clear the expectation on what has to get done and then leave it up to the worker to get it done when it suits them best. Maybe workers choose to space out their work by putting in several hours every single day of the week or maybe they cram an entire week’s worth of work into three marathon days. In this mode, the final product is what matters, not the path that’s taken to get there.

This option untethers time spent working from compensation - you don’t get paid more for working more hours. In fact, the faster you can work, the fewer hours you work for the same amount of money.

At its best, removing set hours can free up workers who feel like they have to be on the clock even if they could probably knock out their whole to-do list in half the time of their expected shift. At its worst, it can create an environment where nobody is ever not working. Structurelessness isn’t always a good thing. This is also why unlimited vacation policies don’t always result in employees taking off very much time at all.

When you change the number of hours that people are expected to work or the amount that people are expected to get done, people might not adjust their behaviors right away. If you’re used to working for 8 hours every day, you might be tempted to continue working those two extra hours to “get ahead” for the next day even if you should technically only be logging on for 6 hours. If workplaces don’t proactively work with their teams to clarify expectations around productivity (which will absolutely have to shift if hours are getting reduced!), then it won’t matter what policies are on the books. People won’t be able to magically do more with less.

Flexible work schedules, like annualized hours or no set schedule at all can make it hard for teams to collaborate. When teams are working asynchronously, it can be hard to get an answer to a question from a colleague or find time to work together. It can be tough to respond to urgent issues or queries in real time or game plan a quick communications strategy.

It’s important to remember that any kind of change is hard! Changing any kind of ingrained norm can activate scarcity mindsets, risk aversion, or fear of the unknown. These emotional responses are even more heightened when people are asked to change something that’s related to the financial means by which they live in the world.

When fundamentally changing a workplace's approach to scheduling and hours, it’s important to move purposefully and compassionately.

When we think beyond the way that work has been structured for the last few centuries, we can start to truly build better workplaces, a healthier relationship between workers and their jobs, and a more sustainable economy.

Experimenting with how workdays and weeks should be organized can, at the institutional level, reduce burnout and staff turnover. If people aren’t forced to sit at their desk and stare at their screens just so that they can log their hours, they will hopefully have more focus for their work as well as more of an opportunity to really unplug and rejuvenate during shorter days or longer weekends. If workplaces cut down on expected hours, it can clarify what work really has to get done and which tasks are just busywork that can be streamlined or jettisoned entirely. Nobody wants to do a job that exists for its own sake (or what David Graeber calls a “bullshit job.”).

This change is already happening. Companies like Kickstarter will be experimenting with a 4-day workweek this year, groups like 4 Day Week are providing resources to help workplaces transition to shorter workweeks, and the Congressional Progressive Caucus recently put forth a bill advocating for a 4-day workweek.

We’ve been seeing since 2020 exactly how dissatisfied workers are with their current working situations and how willing they are to leave jobs that brutalize them. We’ve also seen how much flexibility jobs really can provide when pressed to do so. When we say that we don’t want to go back to the normal, this is what we mean.