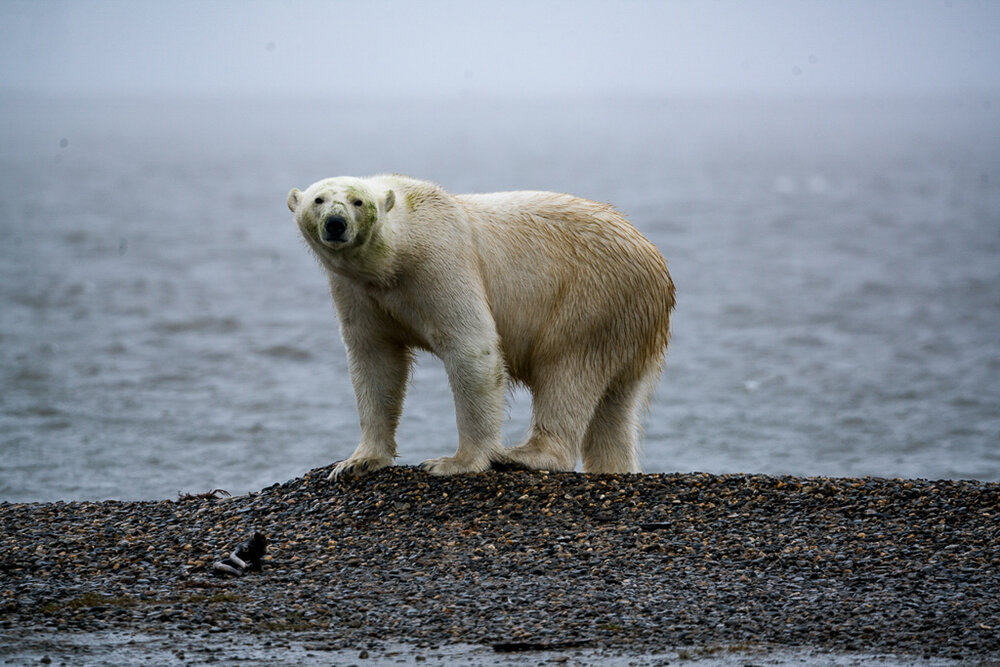 Threshold’s most recent season, The Refuge, focused on drilling in the Alaska Wildlife Refuge received a Peabody Award for the way that it represented “the tangle of traditional culture, economic aspirations, spiritual practices, protest movements, and political deal-making that shape current environmental policies.”

Threshold adheres to several guiding principles when they build their stories. They explore big ideas through personal stories, resist easy stories about heroes and villains, and rigorously report and fact-check their work. Threshold operates from the understanding that humans are not separate from the natural world or the environment, and strive to let listeners arrive at their own conclusions after sharing voices from people all over the world.

Eva Kalea, Threshold’s Director of Marketing & Operations, spoke with Fractured Atlas about how the podcast uses the intimacy of audio to add nuance to conversations about the environment and climate change.

What do you hope Threshold accomplishes in the wider world and in the wider conversation about climate change?

When we hear the term climate change, it’s tempting to categorize it as something that will happen a long time from now, in places that are far away. But climate change is happening now, and it’s already affecting people’s lives in significant ways.

Audio is an incredibly intimate medium—it has the power to bring people very close to big issues that are affecting the whole planet and make them very personal and immediate.

In “Listen to the People,” episode 3 of The Refuge, we talk to Nora Jane Burns, who lives in Kaktovik, Alaska, the only town within the boundaries of the Arctic National Wildlife Refuge. When Nora was a child, she had to walk a ways inland to get to her family’s ice cellar, where food was stored away for the winter. But the lack of sea ice has ramped up the erosion of many parts of the Alaska shoreline, and now, the family ice cellar—along with many other culturally important sites in coastal Alaska—has been swallowed by the sea.

When we asked her what she thought about climate change, she said, “It’s happening. We’re melting rapidly along the coast.” Growing up, Nora could walk out onto ice floes to go seal hunting, but for the last several years, there has been no sea ice at all. “I just wonder what is happening to the seals out there if there's no ice for them to lay and rest,” she says. “You know, and it's affecting the polar bears too.”

By highlighting the voices and experiences of people who are already seeing and being impacted by climate change, we hope to bring urgency, nuance, and complexity to this conversation.

How did you come to the Arctic National Wildlife Refuge as your central focus for Season 3 of Threshold?

We knew that we wanted to cover the Arctic National Wildlife Refuge since the beginning of our reporting for Season 2, Cold Comfort, which explores climate change through the eyes of people who live in the Arctic. As we dived deeper into this decades-long controversy over oil drilling in the refuge, it became clear to us that this topic was too big—and too complex—to squeeze into just one or two episodes. So it became its own season.

When you mention “wildlife refuge” and “drilling” in one sentence, most people already know which side of the debate they stand on. This controversy—like so many other environmental stories—is too often reduced to a simple binary: drilling vs. conservation, us vs. them, heroes vs. villains. On Threshold, we aim to make space for a different kind of conversation about our relationships with the natural world, one that leans into complexity, illuminates shades of gray, and allows us to hear directly from the people who are closest to these issues.

Through our reporting for The Refuge, we ask: what’s at stake if we drill in the refuge—and if we don’t? What does oil development mean for the people who live closest to the refuge? And how did the fate of this remote area in Alaska become one of the most hotly contested environmental issues in America today?

To dive into these questions, we had dozens of conversations with people from the communities closest to the refuge, as well as with politicians, policymakers, and scientists. The more we listened to the people, the more we realized that this isn’t only about oil extraction, conservation, and wildlife: for the people who live there, this battle over drilling is part of a much older struggle for sovereignty and cultural survival.

What are the unique challenges to making stories about the environment as opposed to other kinds of social/political issues and how has Threshold approached those challenges?

Environmental stories have social and political components to them, and part of our work at Threshold is to draw these connections between the environment, science, politics, culture, and justice. The challenge here is weaving together these strands into one narrative that is compelling and engaging.

One of our guiding principles is “story first.” Storytelling is an ancient craft, and we are interested in using its power to explore the interconnections between humans and the natural world. Luckily, this nexus is ripe with storytelling potential.

We’re surrounded by all of these fascinating non-human characters (including bison, a shrinking barrier island in Alaska, polar bears, the Greenland Ice Sheet), and our relationships with them can be just as complicated, beautiful, heartbreaking and important as our relationships with one another. We’re walking around in these Shakespearean webs of interconnection, with highly emotional, deeply revealing stories in every direction. So we decided to make a show that would bring these dramas to podcast and radio audiences.

Why is audio a powerful medium for telling stories about the environment?

Audio is an incredibly intimate medium. It has the power to bring people very close to big issues that are affecting the whole planet and make them very personal and immediate.

On Do It in a Good Way, we hear from Sarah James, a Gwich’in elder who has been working to protect the Arctic National Wildlife Refuge for decades. In this episode, we sit with Sarah in her home as she tells us about her fascinating life—from her childhood in the roadless wilderness of Arctic Village to her participation in the occupation of Alcatraz and her work with the Gwich’in tribal council to oppose drilling in the refuge.

Who is your audience? How have you found your listeners and brought new people (even people who aren't podcast people!) into the fold?

We have listeners from all over the world. We find that they’re typically people who care about science, the environment, social justice, and/or well-told stories.

Word of mouth and social media are the primary ways that people find Threshold. As a small, independent journalism organization, we don’t have a large marketing budget, so these avenues for organic growth are essential for us. We encourage our listeners to share Threshold with their friends and family, subscribe to our podcast, leave us a review, and follow us on social media.

Tell us about your funding model. How does this all work together and what benefit does this model bring you?

We’re currently funded primarily through grants and listener donations and are also looking to increase sponsorships and other forms of revenue to continue to support our ambitions as we grow. Recently, we’ve had some success with virtual events, which help us build community and excitement around our work while contributing to our fundraising goals.

This fall, we hosted an event with Ami Vitale, an award-winning National Geographic photographer, and released an edited version of this conversation as an episode of our podcast.

On December 9, we’ll be hosting an installment of our Podcast Launch Pad workshops, which are designed to help you launch your own podcast. For this session, our focus will be on mastering the interview: from preparing with in-depth background research to figuring out how to ask hard questions, and how to let your interviewee’s knowledge and personality shine through.

We hope that this workshop will be useful not just for (aspiring) podcasters, but also creators of other media, including print journalism, and people who are maybe just looking to become better conversationalists and listeners. Find out more and register for this workshop here.

To find out more about our events, sign up for our newsletter or follow us on social media.

How has Fractured Atlas fiscal sponsorship benefited your work? What tools or resources have you taken advantage of?

Having Fractured Atlas as our fiscal sponsor has been essential to our operation as a fledgling non-profit organization! Working with Fractured Atlas has allowed us to accept grants and online donations, which have served as the backbone for our funding.

We recently got approved for our own 501(c)(3) status, so we’ll be setting out on our own starting next year. But being under Fractured Atlas’ wing has been really helpful in preparing us to be our own nonprofit organization. Fractured Atlas has provided us guidance on how to do financial reporting, how to create effective fundraising pages, and more. We’re grateful for our time with FA! 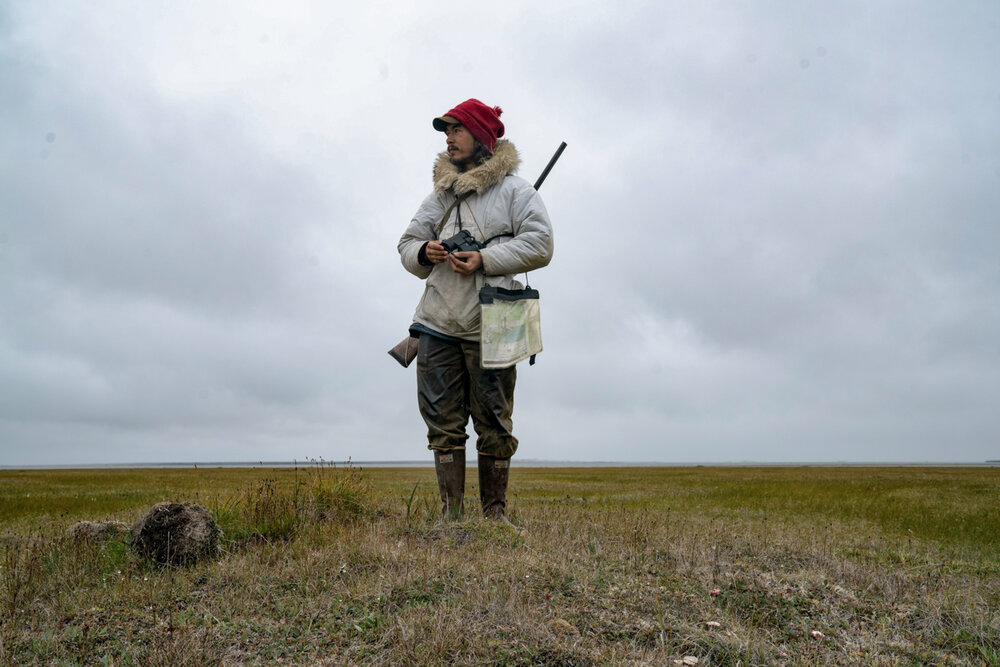 What's next for the Threshold team? What should we be keeping an eye out for?

We have lots of exciting new projects in the works, and we’ll be looking to grow our production team to support these ambitions. If you’re an (aspiring) audio storyteller who’s interested in the type of work we do on Threshold—long-form, narrative storytelling about life on Earth—please get in touch!

Nina Berman lives in New York City and holds an MA in English from Loyola University Chicago. Before joining Fractured Atlas, she covered the publishing industry for an audience of publishers at NetGalley Insights. When she's not interviewing artists or sharing tips for navigating the art world on the Fractured Atlas blog, Nina makes ceramics at Center Point Ceramics Studio, hosts Planet Clambake on Newtown Radio, and is a member of the New Sanctuary Coalition pro-se legal clinic.