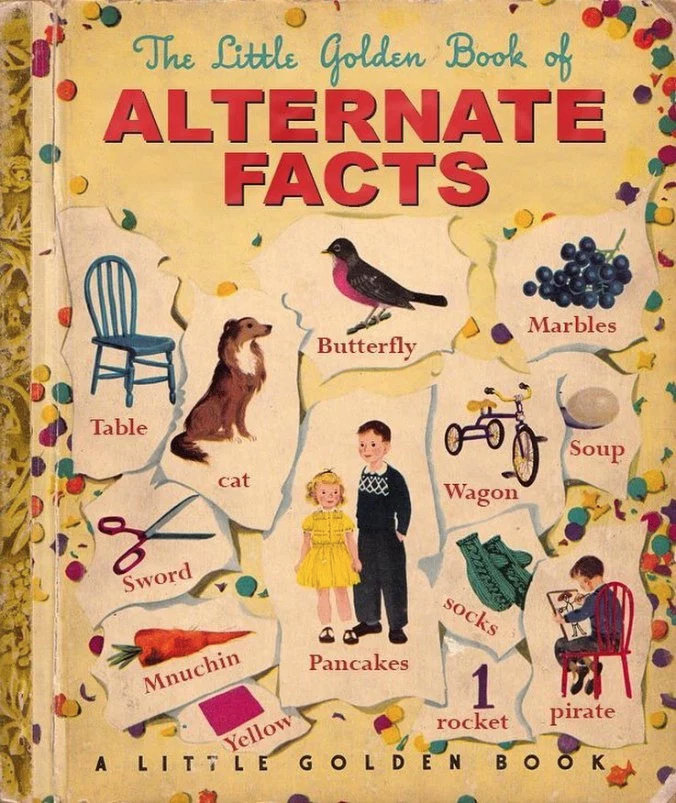 Sanity Check: How Can Nonprofits Thrive in a Post-Fact Environment?


Last month, I met a lovely white woman from Texas at a friend’s Women’s March afterparty. Our conversation didn’t begin with politics — she’s the director of a Montessori school and avid biker, I’m an education policy hobbyist and avid biker — so things were going well. And then, out of the blue, she makes a casual comment about wishing she didn’t have to make the trip to Washington to protest.

“If only we could have counted on minorities to get out and vote.”

Another friend overheard the comment and stepped in before I could respond directly (that probably wouldn’t have gone well), gently explaining that perhaps it wasn’t a great idea to say things like that to a black woman since black women vote in higher percentages than any other racial demographic (>70%) and voted overwhelmingly for Clinton (94%). Here’s an exit poll graphic from the Washington Post that I might start carrying in my wallet!

(This isn’t a post about the many layers of white feminist privilege wrapped up in that comment, hell-bent on blaming anything other than racism for the election’s outcome…although I’m pretty sure I’ve spouted a full dissertation on this subject in the last 10 days.)

I do, however, want to share the other questions that have been banging around in my head for the last week or so.

How do nonprofits thrive in a post-fact environment? Or, to drill down, how do we thrive in an environment where others either disregard or are disinterested in truth and facts?

The beginning of our new Administration have been jaw-droppingly astounding. I have a sneaking suspicion that the phrase “alternative facts” is going to live a long life. (In fact, Merriam-Webster has already commented on it, and they decide what words are words! #tongueincheek) Meanwhile, access journalism is, most certainly, dead.

Across all sectors, nonprofits interact with hundreds of thousands of people every day, and millions of people annually — staff, members, volunteers, clients, and elected officials. That’s a tremendous reach! Fractured Atlas alone touches nearly half a million people annually. We have so much power to ensure that objective facts stay at the forefront of the conversation rather than get lost in the spin cycle.

So, here are a few suggestions to help nonprofit thinkers and doers maintain our sanity over the next four years:

1. Nonprofits need to be the friend who gently steps up, armed with facts.

By the end of the conversation I shared at the beginning of this post, our friend from Texas understood her error. We have always been reluctant to challenge those we serve on facts, and it’s my belief that has done a tremendous disservice to those who need government services the most. We need look no further than the number of people who believe that the Affordable Care Act and Obamacare are two separate pieces of legislation. The bulk of those individuals have some sort of contact with nonprofit providers when obtaining health care. We can do better. THIS is now the work.

2. Your facts are going to make some people uncomfortable, and that’s okay.

Those people fall into two camps — people who understand the truth of the fact but the fact itself makes them uncomfortable, and people who believe the fact is a lie. It’s important to know the difference between the two camps and cater your messaging to each segment of your audience.

3. Your facts cannot be divisive.

A fact is just a fact. Nothing more. Nothing less. Stand firm in your facts.

4. Say it once. Say it twice. Say it a third time. Say it until you feel like a broken record.

We always worry about repetitive communication. No one wants a ton of unsubscribes from their mailing list. However, in a world where falsehoods are shared more readily than facts, the nonprofit community needs to be a megaphone in the crowd.

As hard as the road might be in staying true to these tenets, we at Fractured Atlas are going to continue to step outside our comfort zones with a high level of optimism. Artists have always spoken truth — in our communities, at schools, and to power. And as much as this new environment feels different, the role of Fractured Atlas and our member artists remains the same.