Art can shape public opinion by giving an audience insight into different lives, cultures, experiences, and viewpoints. That’s why Michael McCray includes a film festival as part of the annual, Washington, D.C. gathering for whistleblowers and their allies: the Whistleblower Summit & Film Festival.

McCray is himself a whistleblower. He sounded the alarm on the USDA during the Clinton Administration, filed a complaint to remove Federal District Judge Thomas Penfield Jackson, and served as the national spokesman for the ACORN 8, which reported multi-million dollar embezzlement at the Association of Community Organizations for Reform. McCray knows first-hand how important whistleblowing is to creating a just society, and how isolating it can be to have done that work.

In past years, the conference has been held for free in Washington, D.C. But as a result of COVID-19, they’ve had to go virtual. In order to support that major technological shift, the summit sought funding from outside sources, using Fractured Atlas as a fiscal sponsor.

In advance of the Whistleblower Summit & Film Festival (July 28 - 31), Michael McCray shares how he uses art to inform public perception about the important role that whistleblowers play in our society.

Tell us about your work or project. What inspired it, and how do you hope it will impact people?

Silkwood, Serpico, All The President’s Men, Erin Brockovich, The Insider…  America loves whistleblower stories, whether in books or movies. Unfortunately, society doesn't seem to like actual whistleblowers very much. However, we celebrate them at the Whistleblower Summit.

We recognize that cinema is a powerful medium for highlighting civil and human rights violations across the globe. We seek to shine a light on stories of courage and perseverance in the face of injustice and to encourage individuals to stand together to achieve human rights for all. We present films about whistleblowers, the First Amendment or that touch on one or several human rights issues connected to our areas of work, which includes freedom of expression, women's rights, discrimination, communal violence, human rights defenders, among other issues. The Whistleblower Summit is unique because it combines legislative advocacy, public policy discussions with community and social events, including book signings and a film festival. During the summit, we have panel discussions, press conferences, award presentations, receptions, luncheons and dinners, movie nights, book signings, etc. The National Whistleblower Day Luncheon, hosted by the National Whistleblower Center is a highlight, if not the capstone event, during the summit. 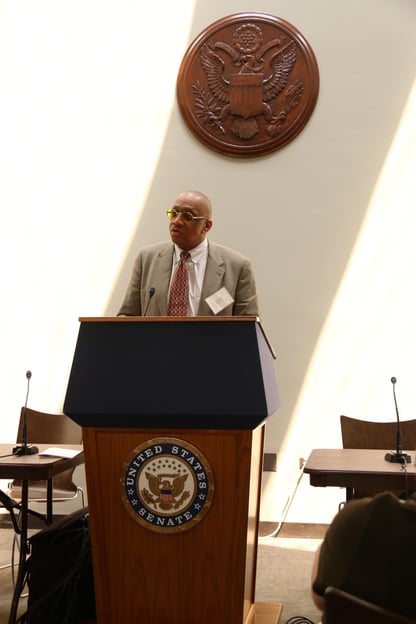 We convened the first Whistleblower Summit for Civil & Human Rights in 2011 to recognize the contributions of women and minority whistleblowers. Over time we expanded the summit to include a TEDx Salon and film festival focused on whistleblowing and the First Amendment.

The Whistleblower Summit and Film Festival was recently recognized as a “Best Festival” from FestForums (2019).  The "Best of the Fests," is an award ceremony recognizing North America's leading festivals. This conference awarded winners from three festival types: Arts, Film & Culture; Food & Beverages and Music. We had to build an entire community of advocates and whistleblowers who suffer in silence because they are often emotionally or financially broken. The Whistleblower Summit & Film Festival started like Burning Man, which began as a conference, created a community, and became a world-renowned festival. 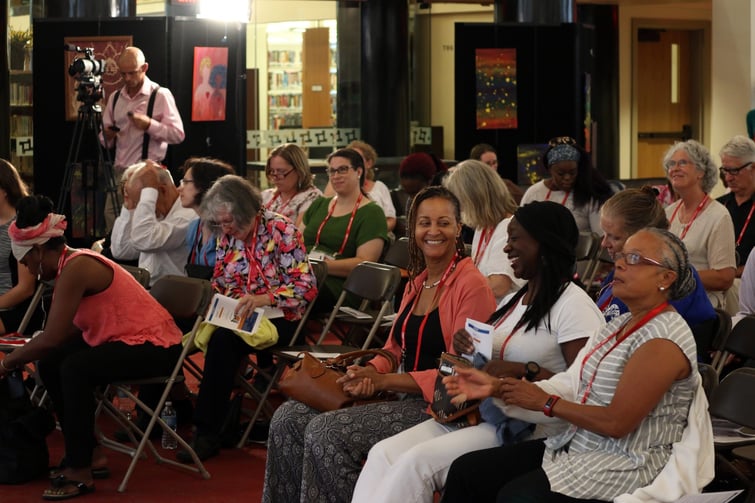 It is an impressive list of accomplishments when you consider the stigmatism and stress that individual whistleblowers face at the hands of the government and powerful corporations. Together, the MISC community has achieved impressive results. The purpose of the Whistleblower Summit is to celebrate the collective achievements of whistleblowers and our advocates. We highlight the vital advocacy that whistleblowers and non-traditional organizations have contributed to society, including contributions to the civil rights and human rights movements. We view whistleblowers as a community of advocates rather than as mere individuals engaged in personal battles.

Which Fractured Atlas tools and services have you taken advantage of? How have you used them to support your work?

Due to the nature of our work, we have always partnered with nonprofit organizations to produce our event. Generally, this took the form of discounted rates or in-kind contributions to our conference, then known as the Whistleblower Summit for Civil & Human Rights. This strategy worked well for a small conference and symposium on Capitol Hill. Once we added the artistic component, i.e., the film festival, the conference grew. As a result of our successes, we need more substantial contributions that can specifically support the arts. We turned to Fractured Atlas as our fiscal sponsor for the Whistleblower Summit & Film Festival.

The Whistleblower Summit recognizes that cinema is a powerful medium for highlighting civil and human rights violations worldwide. [We] seek to shine a light on stories of courage and perseverance in the face of injustice, and to encourage individuals to stand together to achieve human rights for all. We are looking for films about whistleblowers, the First Amendment, or ones that touch on one or several human rights issues that are connected to our areas of work, including but not limited to freedom of expression, women's rights, discrimination, communal violence, and defending human rights. The themes mentioned are not exhaustive; films centered on other civil and human rights issues are equally welcome for submission.

What has been most useful to you about your Fractured Atlas membership?

The opportunity to have a reputable and well-established fiscal sponsor for the Whistleblower Summit & Film Festival is the most useful aspect of our membership.

Our first big win was attracting a technology sponsor for the Whistleblower Summit & Film Festival. Our conference features events in congressional venues, however, you can’t charge the public for events on Capitol Hill. Therefore, we [have offered] a highly-prestigious but low-tech experience in the nation’s capital. In the absence of ticket sales or conference fees, we [couldn’t] afford the high expense of technology costs. We operated successfully without them for eight years and became an award-winning festival last year. Then COVID-19 struck and shut down the entire live event industry. In the interest of safety, we decided to have a virtual festival this year, and you can’t get more high-tech than that. Therefore, we needed a technology sponsor to be able to host our event this year, which would require more than an in-kind donation. Our sponsor required a 501(c)(3) fiscal sponsor and was not satisfied with our customary non-profit partners. Simply stated, we could not have our virtual festival this year without Fractured Atlas. First, they are one of the few fiscal sponsors that will support a film festival. More importantly, for us, Fractured Atlas is large enough and reputable enough to convince our sponsors to donate.

Fractured Atlas was a lifesaver for my film festival, and I highly recommend it to anyone in this space.

Any upcoming events that people should know about?

You can support the Whistleblower Summit & Film Festival on their Fractured Atlas fundraising page!