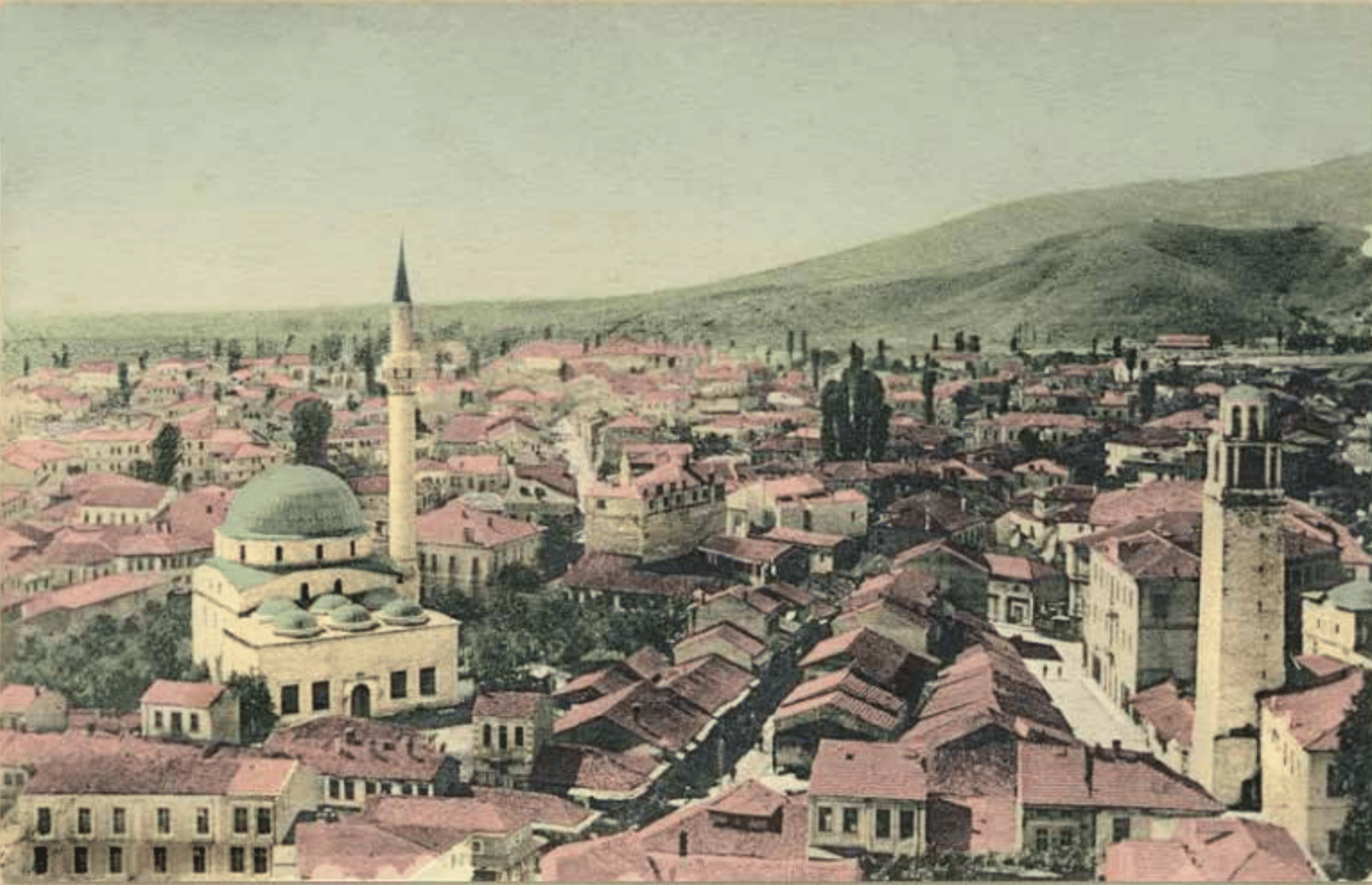 Monastir’s Jewish population was decimated in World War II, but Sarah Aroeste, whose relatives lived there for many generations, is preserving its cultural legacy through music.

When she was invited to perform in the Macedonian city (also known as Bitola) several years ago, she was struck by the warm welcome she received from its residents and their enthusiasm for her work. Sarah saw that there was curiosity and excitement to keep the legacy of Jewish culture in Monastir alive. And she herself sought to preserve the cultural legacy of her ancestors.

So Sarah, in collaboration with over 30 musicians from five different countries, created the Monastir Project. It is a ten-song album that pays homage to the Sephardic Jewish culture that existed in Monastir for generations.

The city of Monastir was the birthplace of my grandfather and my many ancestors before him. When my family was kicked out of Spain following the Alhambra Decree in 1492, they, like many other Spanish Jewish families (known as Sephardim), migrated east towards the Ottoman Empire. My family settled in Monastir, a Balkan city at the commercial crossroads between Turkey and Western Europe, in what is now North Macedonia.

The Jewish community of Monastir flourished alongside its neighbors and lived in relative harmony, even throughout the Balkan Wars of 1912-1913, after which the Ottoman Empire dissolved. But nothing could prevent WWII and the Nazi invasion from decimating Monastir and its Jewish community. Monastir lost 98% of its Jewish population, and with that, an entire culture.

But the legacy of Jewish Monastir lives on.

With a career spanning two decades performing in Ladino, the Judeo-Spanish language of my Sephardic family, I was invited to perform in Monastir for the first time in 2017. I was astounded by the reception I received from citizens who were so eager to engage with me and my family history. I was touched beyond measure, especially since no Jews have lived in Monastir since WWII. I knew then that I had to use music, my best form of expression, to do my part in helping to preserve the beautiful slice of history that existed prior to WWII.

And so, The Monastir Project was born.

Connecting musicians primarily from Macedonia and Israel, I have selected 10 songs that give an inside look into the life of Jewish Monastir before WWII wiped it out. From Sephardic kantikas (folksongs) to romances (narrative ballads often inspired by epic Medieval tales), and from centuries-old melodies to originals, each song in the project has a story for which it merited inclusion. Some of the songs are in Macedonian and directly reference the Jewish community; others are in Ladino and include lyrics or melodies that are unique to the Monastir community.

Altogether, over 30 musicians, volunteers, storytellers and contributors (across Jewish, Christian and Muslim faiths, and countries from Macedonia, Israel, USA, Germany and Spain) helped make this album a reality. My hope is that this album will provide an homage to a beautiful community that will live on for posterity. And by using music and cultural dialogue across religions and borders, more people across the globe can learn about the stories behind each song and what a vibrant community once existed.

I began researching my project over two years ago, on trips to Macedonia where I collected folk music from the community. Many volunteers, through friendships I had formed from previous visits, offered up music. One of the difficulties was paring down the choices!

I wanted to be very deliberate about each song I would dive into which wasn’t easy, especially because of differences in language. Some songs were in Macedonian, Serbio-Croatian, Hebrew, or Ladino. Trying to find the balance was an exciting challenge. Additionally, some of my research led me to unique lyrics, but no melodies. So I had to compose my own! The first part of my process began by me spending a year choosing and composing songs to write a narrative I hoped would add extra meaning – some songs I wanted to be hopeful and uplifting, others I wanted to reflect the more somber tone of the community’s loss. And I wanted there to be multiple languages, and musicians from various backgrounds, to reflect the diversity of the time and people.

The next year was going to be spent recording. And then the pandemic hit! Luckily, I was able to complete part of the recording before travel restrictions set in, and so we had a base to work with over the past year. But with a producer in Israel, and myself in the USA, we had to get very creative to complete things. In the end, I think it was to our benefit that we were able to include artists that we may not have been able to use in pre-pandemic times. So many musicians we admired were stuck at home and more than willing to participate! I certainly learned new remote production skills, which will be invaluable moving forward, and it gave me unique opportunities to engage with even more talented musicians than I could have wished for. Everything took longer than expected, but we were able to wrap up Phase 1 of the project just over a year after we started the recording process.

I am aware that I work in languages and cultures that are quite esoteric, and that it is always an uphill battle just introducing the topic of my work to audiences. Very few people have heard of Ladino or know about Sephardic life in the Balkans. I hope that all my work helps to break down those barriers and introduces wider audiences to the cultures I am raising up. Beyond that, this specific project was challenging because there are so few survivors and native-born people from the city of Monastir, in which I’m working. I had to do an immense amount of research into languages and people to try to recreate textures and sounds of a lost community. But that was also the beauty of it. Some of the technical challenges – language barriers, recording during the pandemic – actually turned into positives, where I could engage with so many more volunteers and musicians than I likely would have been able to otherwise.

Working in an obscure field – Ladino culture- my art inevitably is mixed in with social change and dialogue. All the music I compose, the musicians I work with, and the countries I record in, are to engage more people and to teach them about this important part of world history. So many people think that Ladino is dying, and while it’s true that it is fading among native speakers who are dying out, the language and culture it represents is still very much alive today. I hope my work proves that.

Fractured Atlas has been a great way for me to raise money  - especially from those who wanted to give generous amounts and could do it as a charitable donation! I received a few large-scale contributions, including a piano! Which I could not have received otherwise. I also appreciate that Fractured Atlas holds the money for me, which I can then use as needed – that has really helped me pace out each step of the project.

I was able to complete Phase 1 of my project because of my initial campaign with Fractured Atlas. I raised enough money to complete the recording process. And because that was a success, I’m hoping donors will get excited to participate in Phase 2 (video production), which I plan to launch soon.

Fractured Atlas has been very helpful for me, not only because it allows people to donate money as charitable contributions, but it also gives great resources for other grant opportunities. It makes what we do feel supported by having a respected organization looking out for us and rooting for our success.