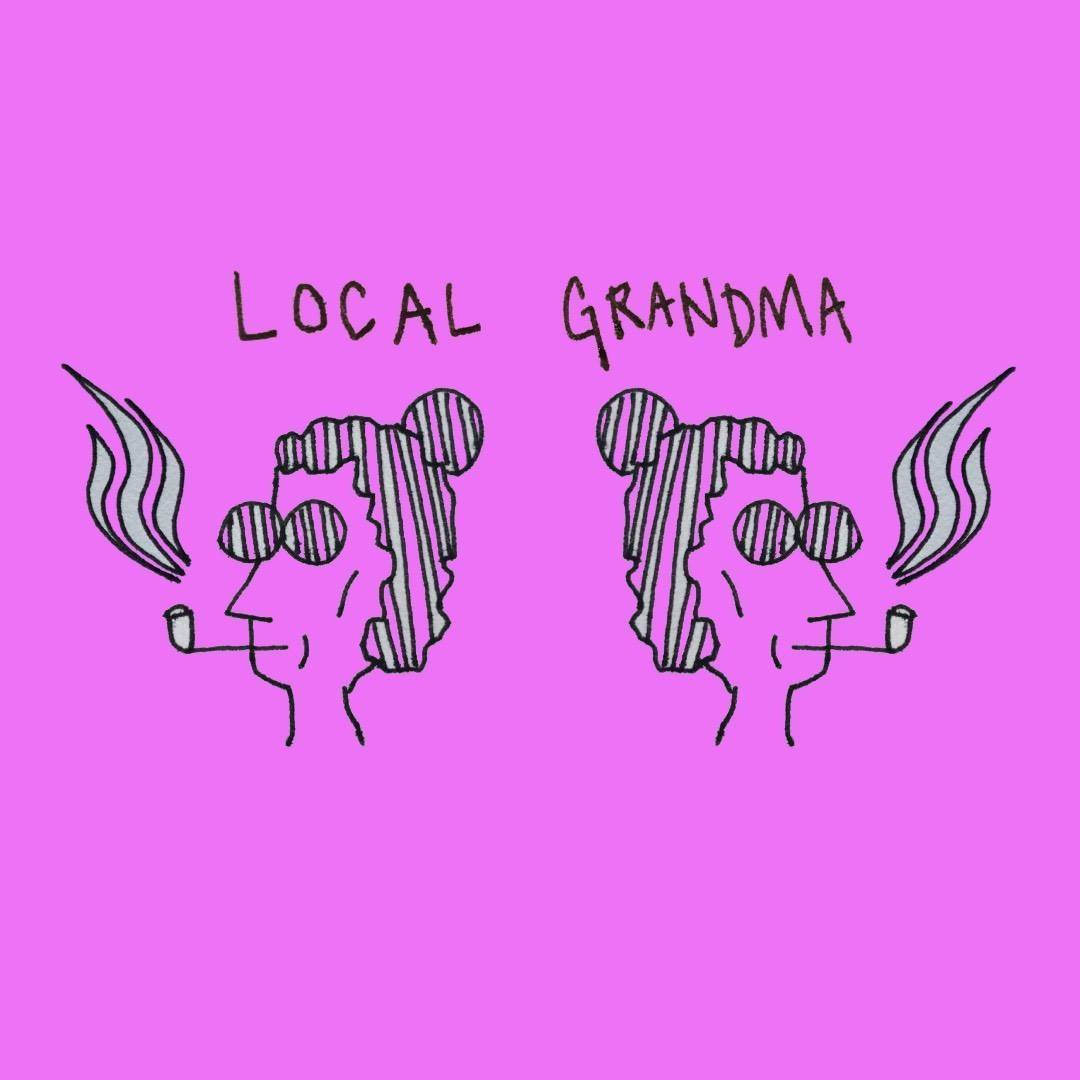 Leonie Bell’s theater project was born in 2020 and named after a woman she saw on television who was identified simply as “Local Grandma. This LOCAL GRANDMA, located in Brooklyn, is a “theater project devoted to rigorous play, communal care-taking, and causing a ruckus. LOCAL GRANDMA produces live performances and seeks out genre-, medium-, and culture-bending collaborations.”

LOCAL GRANDMA’s latest show, “Sonntags wird gelogen Or We Only Lie On Sundays” is multilingual, tragicomic, and inspired by German Expressionist dance theater from the 1920’s. And it opens at the Brick Theater on December 2.

“On a random Montag in time: Mama waits for her long-lost husband to return from war and has rendered everything else invisible, including her daughter Gilly. A flock of mothers search for their daughter, Hanna; maternal chaos raves included. A strange chorus sings apologies to those wronged by Capitalism & a former employee is on the hunt for the long-longed-for adoptive (adult) child who will save her from geriatric isolation. In this dark humor Tanztheater landscape, matriarchal lineages converge and convene with mistranslations,misunderstandings, mundane anecdotes, and your weird neighbor. Cacophonies of choral song and pedestrian movement; performed in German, English, & Denglish.”

On a basic, personal level, this piece is a continued exploration of the aesthetics and content I have long been drawn to in my artistic practice: bilingual, tragicomic, highly physical performances with an absurdist hue in which pseudo-historical characters traverse non-linear narratives, the mundane romances the epic, and loneliness & miscommunication cohabitate with humor & mirth.

I hope that our audiences have a good laugh, some time to sit and rest, and a moment of belonging with a group of strangers in a room together, especially after such a long time of being apart.

In the case of realizing LOCAL GRANDMA's current (and first larger-scale) project, “Sonntags wird gelogen Or We Only Lie On Sundays,” I have been working on the piece on and off since 2017, but only really started putting the team together this year. This piece is performed in English and German and so part of my year was finding another NYC-based performer who spoke fluent German and English and had an interest in semi-devised movement-based work. I also learned a lot while doing in the areas of general production management and crowdfunding. I also am continuing to work on my leadership skills, which sometimes includes asking for help and setting consistent deadlines for yourself, especially when you are wearing many different hats for one project.

This is LOCAL GRANDMA’s first multi-weekend in-person production and so the learning curve of self-production has been steep! I always forget how hard it is to self-produce when you don't have most of the money ahead of time. There is a lot of side-math to be done; can we get some rehearsal space for free? Can we borrow costumes from somewhere? How many rehearsals are feasible with our budget? Things like that. We are very thankful that we received our first grant from the Brooklyn Arts Council / Department of Cultural Affairs this year - that ended up being our starter money.

For you, what is the relationship between art and social change? How does your work fit into that relationship

This piece is part of a larger theatrical experiment: is it possible to create a multilingual live experience that feels inviting and accessible to its entire audience on a personal and communal level? As someone who grew up in a bilingual and bicultural household in Berlin, I am very interested in how the use of hybrid languages and the humor and pitfalls of faulty translation in performance can allow the audience and performers to co-author and inhabit a new collective space of connection and intimacy that does not rely solely on linguistic understanding.

This piece is also part of a long-standing desire of mine to contribute and hold space for the possibility of meaningful cultural exchange through live and virtual performance.

By creating a multilingual piece that will also be live streamed for our online audiences, we hope, in our own microscopic way, to contribute positively to community- and conversation-building between different local arts communities (like long-distance penpals, but for theater!) that might feel completely disconnected from each other but have so much in common.

I have learned so much about fundraising from the Fractured Atlas Knowledge Base! It's a great place to go and nerd out about self-producing!

Being able to create a crowdfunding campaign with access to helpful how-to information beforehand! I felt less alone and like I'm insane for trying to self-produce a project like this.

Use the Knowledge base! It's so good!

You can buy tickets here!

You can follow your very own LOCAL GRANDMA on their website and on Instagram. To support “Sonntags wird gelogen Or We Only Lie On Sundays,” head to their Fractured Atlas crowdfunding campaign (which ends on November 30!) or support them on their ongoing fundraising page.