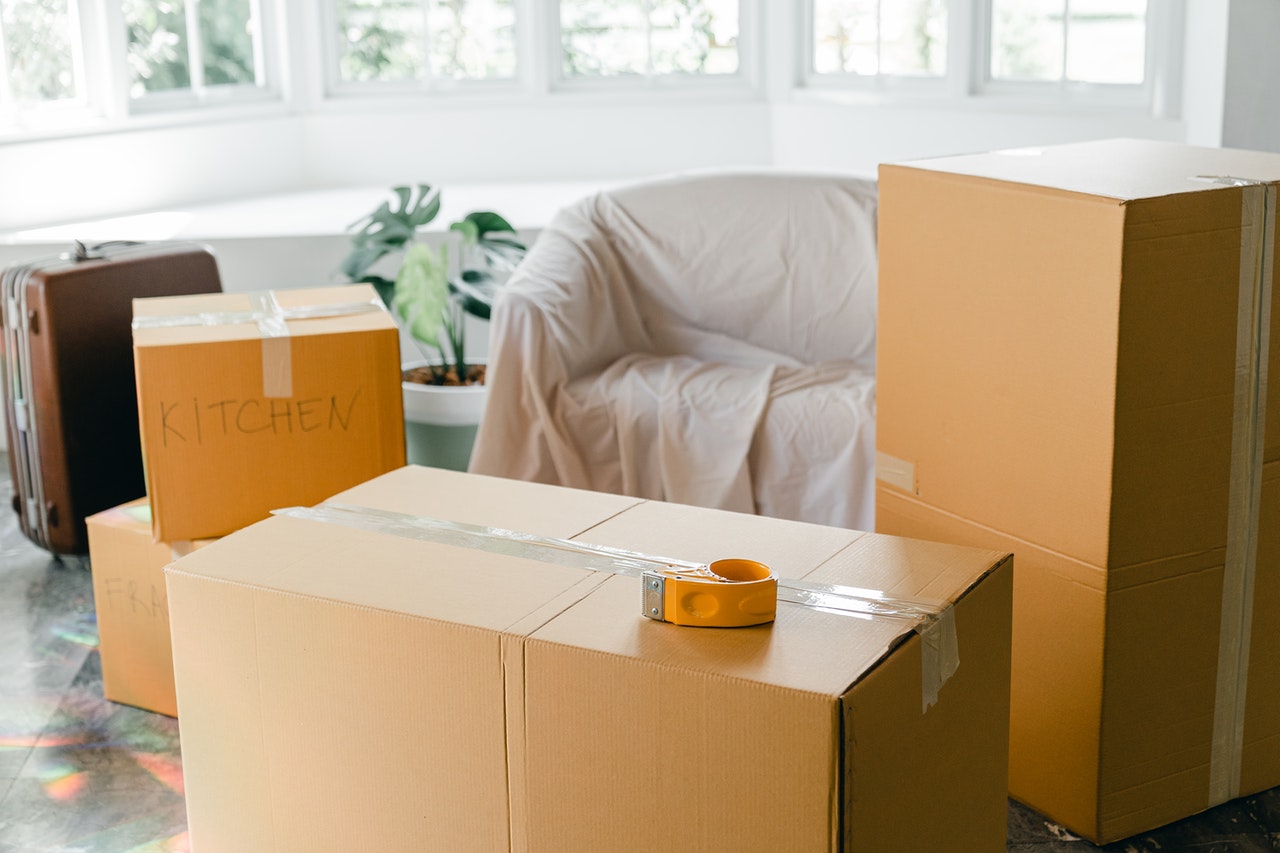 How to Mindfully Leave a Job

Nobody stays at a job forever. If we’re interested in developing healthier work cultures, that has to encompass what it means to leave a workplace. We have to build work cultures that allow us to do better than politely pretending that we’ll all work somewhere until we retire and then out of the blue give our two weeks notice. We have to become more open about job hunting and interviewing.

At Fractured Atlas, we try to cultivate a culture where we can talk about our career goals even when they extend past Fractured Atlas. I’ve read coworkers resumes and cover letters as well as grad school applications. Current managers sometimes serve as references for people who are interviewing for opportunities that will take them away from Fractured Atlas.

That’s why I wasn’t surprised when Courtney Harge told me that she had accepted the position of CEO at OF/BY/FOR/ALL. We had been talking about the possibility of her leaving Fractured Atlas for weeks, when the interview process first started.

Because Courtney was open about her interview process, the rush of fear and anxiety associated when you find out that one of the people who you work most closely with (and report to directly!) is leaving had time to transform into genuine curiosity and excitement about the future of my role at Fractured Atlas and for her as she becomes a CEO. And, of course, I wanted to get one last blog post out of her for the road.

In the last week that we had together as coworkers, she shared advice about how to leave a job, how organizations can cultivate a culture where it’s okay to talk about career shifts, and how people in management and leadership can best support the team that’s remaining at a job.

Remember That Jobs Are an Exchange

“Where leadership says ‘We understand that we have a job to do and we are offering you pay, health insurance, benefits that allow you to live,’ that is an acknowledgment that people are giving their services and talent and brilliance in exchange for money, health benefits, living.

It's unusual in almost any workplace because there is an assumption that whoever is paying you is giving you something that is more valuable just because it is necessary. But actually, the labor is necessary. What we are offering, what we are providing in service to the organization is equally as valuable. In fact, some would argue more valuable because it's the thing that allows us to do the things. If people were not laboring, if people were not doing the work, what would the organization be for? There has to be acknowledgment that this is an exchange. And it is, in fact, an even exchange, and frequently in nonprofits, it is an uneven exchange where the worker is providing much more  service and brilliance and ideas than getting money or benefits or support.

A lot of people are defined by how they work or what they do. But the environment has to support the idea that what you do, even if it is who you are, is an exchange in service of the mission. And you can do that and be great in other spaces. You can choose to labor somewhere else, you can choose to engage in the same exchange in a different space.”

Talking about Job Transitions Before You Give Notice

“I didn’t want it to be a rushed conversation. We've been talking about this for almost six weeks. It's emotional because I like you and I like the job but it’s not devastating.

The fact is there will be an emotional response. It may not be negative, but [your team may need] some time to let go of that initial shock. Sometimes it's just change and people have a whole lot of fear. And then like by the third day, it's like, ‘OK, I see. Oh, we could do this.’

People, frankly, lie in the sense of like, ‘Yep, I am dedicated. Nope. I'm never leaving.’ And then all of a sudden it's like, ‘All right, bye. And here's two weeks and we aren't going to engage.’

We were taught to lie about [job hunting] and as a result, it actually then becomes a betrayal and the emotional aspect of it gets more intensified.

You can be working somewhere and building a plan for a project that’s six months out while you’re interviewing. Then, when you get the job, you’re actually leaving someone in the lurch. But a conversation could have changed that. [Instead, you could say], ‘I want us to develop this project, whatever the project is, and consider all the ways we can create either some redundancies or some support if I'm not here in six months.’

That conversation is valid and can frankly create a better plan. Those projects are less likely to just collapse because it was built for these two or three people and all of a sudden somebody is out there and now somebody has to double their work and all of that.”

Be Mindful of Your References

“One of the benefits to being able to have the conversation [about job hunting] is that I was able to get references who know me and who can attest to the skills that [OF/BY/FOR/ALL] were looking for. If I had to keep a secret about my application process, I wouldn’t have been able to use Lauren Ruffin [as a reference].

I needed somebody who could bridge that gap [to help me get to the next level]. Everybody else would have only been able to kind of theoretically talk about me and [only for] a lateral move, not in this step up, that we all kind of eventually want.

Imagine if for six years of work, I couldn't access any of that in a reference because I need to keep a dumb secret.”

“[I have been] sharing processes. ‘This is what I did. This is why, this is what it is attached to feel and free to not do any of that.’ I've communicated in a few different meetings ‘This is how I solved this problem. It may not be a problem anymore. You also may not care about it in that same way it could.’

I don't need to be replaced in the sense that somebody needs to do things I do. A lot of times when people leave or even are in the process of leaving, [they feel like they have] to document all the things they did to make sure that somebody can replicate their job. I've been in jobs where you come in and you replace somebody and now you're trying to memorize their systems and their thought processes. Then you make mistakes and stuff is overlooked because you don't actually understand what needs to get accomplished. You just know how to do what they did. And then like six months later, you create something new because now you actually understand the problems you're trying to solve or the things that need to be accomplished.

I carry a lot of stuff from old ways of working from when the organization was in a different spot. And it does anybody who follows me a disservice, [to tell them to] replicate those things.”

Take Care of Your Team

“My last few weeks are really in service of making sure my team is supported. Because I've done what I need to do. [I have been asking myself] What can I make sure is in place [to support my team]? And how can I use the last little bits of institutional power I have to make sure you're set up.

I really feel a beautiful transition moment. I've arrived at a different level. I can see the way that I am different from who I was six years ago in a way that is tangible and practical. And so now is the time to let go. It feels very much like a graduation where, yes, there are things that are sad about the ending, but also this next step is a logical and beautiful progression of my career up to this point. It has been informed by working at a place that sees growth as a value add to both the organization and to the person so it can feel like a graduation as opposed to like a bad breakup.”

Be Emotionally Engaged Without Weaponizing Feelings

“I fully believe we can do hard things as long as everybody knows that it's a hard thing and it may not work out. If we can just accept that as a baseline, then we can do almost anything. But that risk means that you have to be okay with it not working out. My job isn't my identity, but for me, how I work is a reflection of my values.

[At Fractured Atlas] there's a lot of transparency about hard decisions being hard.

I've seen the opposite so many times where leadership made hard decisions, acted like they weren't hard, and then acted like the reason things were hard was the fault of the people who didn't even make those decisions.

There's a very strong sense [at Fractured Atlas] that we feel a lot of things very deeply. We are emotionally connected while also very pragmatic. Nobody is going to let emotions change how we work in ways that are violations.

Emotions exist at work, but emotions are never used to generate work. If I need something from you, that maybe outside your job, I'm going to ask you ‘Can you do it yes or no? Do you want to do this? Are you excited about the prospect of adding this thing?’ That's the conversation that happens and there's a yes or no, but there's never the kind of emotional manipulation. [We don’t say anything like] ‘Well, you know, if you really cared about this job, you would do X’ or ‘Yeah, we can let you take that time off, but it's really going to put a strain…”

Tell the Right Story About Leaving

“There's a way in which you can tell a story that sets the scene. Don’t open with a tragedy because that's the play you're in for the rest of the time. But, acknowledge what is difficult.

I did not present my leaving to you as a tragedy. I've made it a point to be like “This thing is happening and my commitment to you is I want to make sure you're supported.”

But recognize that it will be a bittersweet space.”

We’ll miss working with Courtney in the same way that we miss everyone who has moved on from Fractured Atlas. We’re sad to no longer get to work together, but happy for everyone going off and finding new opportunities. It’s natural that people come and go from institutions and institutions need to get better at incorporating that knowledge into everyday working dynamics.

By developing ways to try different ways of working, tackle new projects, and more, we become more resilient as an organization. Being able to talk about job transitions and new opportunities is connected to our institutional capacity to experiment and to thrive in a changing environment.