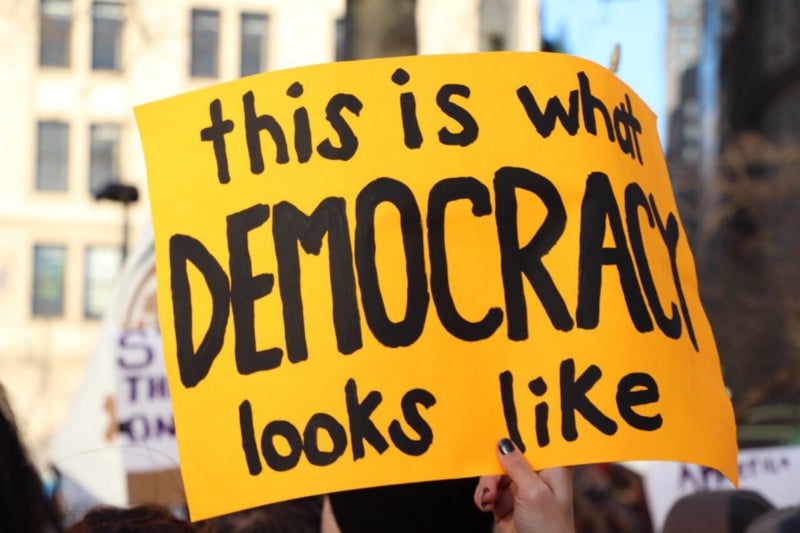 Have You Thought About Running for Office? Introducing: Artist Campaign School!


If “weekend protesting” has replaced your normal “weekend brunching,” if you now have your Member of Congress’ phone number programmed into your phone, if you have Facebooked, Tweeted, Instagrammed, or Pinned any sort of political commentary in the past several months… THIS POST IS FOR YOU.

Last month, Fractured Atlas sent out its annual member survey. We decided to swap out our important (but let’s face it, boring) questions about programs/services in favor of going deeper to learn what was really going on in your lives. What’s going on at the local level that’s impacting you? What are your income realities? What are the things most helpful to or distracting from your pursuit of artistic excellence?

But the question that got us thinking the most about how to best help you make an impact was, “How many of you have considered running for elected office?” Of the 2,238 of you who answered that question, 427 (19%) said that you’d thought about running for office. That’s simply incredible. So, we—along with several partner organizations—are launching an Artist Campaign School to support artists who want to run for office.

We are going to bring in some of the biggest and brightest campaign veterans, former candidates and other inspirational speakers who have been in the trenches of civic activism for decades. And we — along with those wonderful partners — are going to invite YOU to join us, free of charge. In fact, we are even going to fly you in, put you up in a hotel for two nights and feed you! How do you get in on this? Read on…

For most of our 19 year history, Fractured Atlas has focused solely on developing products, services, and programs that make it easier to be an artist. However, as we’ve mentioned in the past, we made a decision after Election 2016 to wade into uncharted territory to actually live the principles that break down barriers to sustainable artistic life and creative expression. Artist Campaign School is the first step in that effort. But it will take YOU to make it a success.

My grandmother (and lots of other grandmothers, I bet!) used to say that if you’re not at the table, you are on the menu. So if there isn’t a seat already, we’re going to bring a folding chair! For far too long, artists have suffered the consequences of growing neighborhood gentrification, large amounts of student debt, and a labor system that devalues your work. It’s time for artists to position themselves to be part of the conversation on the kinds of communities we want to live in and the beliefs we want to fight for every day.

And it will take YOU to make that change!

The goal of Artist Campaign School is to promote systemic national policy change by codifying the tenets that foster creativity, and encourage it into tangible legislation. Beginning in Fall 2017, Artist Campaign School will recruit, train, and support 100–150 artists in running for elected office at the federal, state, and local levels. Specifically, participants will learn:

We wouldn’t be able to get this effort off of the ground without a great network of partners, and we’re always looking for more organizations to join the coalition. If you, or someone you know, is interested in running for office, please let us know on our website. There’s a questionnaire you can fill out that will let you share more about why you’re interested in running, and we’ll also be sharing more about where the training will be held — again, free of charge!

If running for office isn’t your thing, but you want to support artists and artist-centered policy, check out For Freedoms PAC and make a donation. Every bit counts