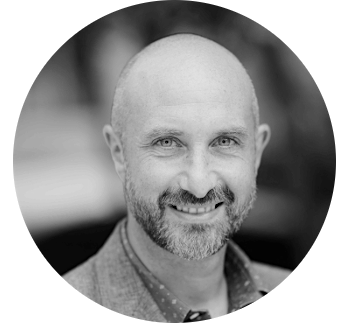 Peter Singer is picking on the arts. In his recent NY Times Op Ed, he discusses the (still?) emerging practice of applying rigorous analysis to compare the effectiveness of different charities. His somewhat contrived, straw man example pits an organization seeking to prevent blindness in the developing world against an art museum raising money for a new wing:

Compare … “health and safety” and “arts, culture and heritage.” To me it seems clear that there are objective reasons for thinking we may be able to do more good in one of these areas than in another….

Let’s say that you could afford to give $100,000. You do some research and learn that each $100 you donate could prevent a person’s experiencing 15 years of impaired vision followed by another 15 years of blindness. So for $100,000 you could prevent 1,000 people from losing their sight. Given this choice, where would $100,000 do the most good? Which expenditure is likely to lead to the bigger improvement in the lives of those affected by it? On one side we have 1,000 people spared 15 years of impaired vision followed by 15 years of blindness, with all the ensuing problems that that would cause for poor people with no social security. What do we have on the other side? Suppose the new museum wing will cost $50 million, and over the 50 years of its expected usefulness, one million people will enjoy seeing it each year, for a total of 50 million enhanced museum visits. Since you would contribute 1/500th of the cost, you could claim credit for the enhanced aesthetic experiences of 100,000 visitors. How does that compare with saving 1,000 people from 15 years of blindness?

It’s ostensibly obvious that only a grotesquely elitist monster would choose to support the art museum in this scenario. Yet like a good impartial analyst, Singer follows the logic through before concluding with apparent mathematical certainty that “a donation to prevent trachoma offers at least 10 times the value of giving to the museum.”

This kind of analysis is increasingly popular. And why not? Shouldn’t philanthropists strive for the same kind of objective, rigorous assessment that is de rigueur for investors in for-profit enterprises? Yes, of course they should. I’ve long been a proponent of the idea that non-profits — and arts organizations in particular — need to be less sentimental and more scientific in assessing their own effectiveness. But the kind of analysis presented by Singer — which is typical of arguments against the arts’ worthiness as a charitable activity — is dangerously reductionist and ultimately misleading.

Problem #1 falls under the heading of “apples vs. oranges”. Charities that aim to alleviate human suffering operate on a fundamentally different premise from arts organizations, which aim (broadly speaking) to enrich the experience of being human. If you’ll forgive a sports metaphor, it’s like playing offense vs. defense (or maybe the reverse). Both are essential, and if either disappeared you’d be in bad shape. You can compare the performance of a great linebacker to that of a great quarterback, but it’s inevitably a subjective and imprecise exercise. There’s nothing wrong with that, per se, except when you present your analysis as being free of such caveats and limitations.

Singer’s analysis, for example, considers only the superficial enjoyment that a visitor to the museum would experience from its new wing. But what if one of those visitors is a child who has a life transforming experience and goes on to become the next great American artist? How do you value Jackson Pollack’s impact on the world against the value of preventing X cases of blindness? I don’t know, but I know it’s more complex and involves more difficult judgment calls than Singer’s piece suggests.

Problem #2 is what I’ll call the single elimination tournament paradox. (Sorry, this is way too many sports analogies for an arts blog.) If you follow Singer’s analysis to its logical conclusion, then every thoughtful philanthropist can and should select only The Best Charity™ to support. This may sound preposterous, but the internal logic is consistent. If any two charities can be objectively compared, then all the world’s charities can be pitted against each other until we have identified one that outperforms all of the rest. Let’s assume for a moment that this is actually possible, and that the Smiling, Healthy Children Everywhere Foundation emerges victorious in this charity battle royale. Wonderful! Now we know where to put our dollars so as to maximize the good they do in the world. Moreover, since this isn’t rocket surgery, all of the other strategic givers can conduct the same analysis and reach the same conclusion. Thanks to the power of leveraged collective action, instead of raising $20 million/year, the Smiling, Healthy Children Everywhere Foundation can now receive the full $316 billion that Americans gave to charity in 2012.

This makes even less sense than deciding that there is one most profitable company in the stock market (which there must logically be), so we should all plow all of our investable assets into that company’s stock. That company would instantly become overcapitalized to an absurd degree, and its ability to return profits to investors would be crippled by a distorted ratio of capital dollars to business activities.

Okay, now I’m being as reductionist as Singer, but hopefully you get the point. The messiness and the power of America’s approach to charity both stem from its decentralization. Instead of a handful of government agencies making all of the decisions about which projects are worthy of support, we incentivize millions of individual taxpayers to support the causes that are important to them. Of course some people are going to make dumb and/or wasteful decisions. But in the aggregate, it works pretty well, directing more money to a more diverse pool of causes than anywhere else in the world. There’s no virtue in people making bad, uninformed decisions about charitable giving. But attempting to remove all subjectivity from the process by establishing some kind of absolute hierarchy of worthiness is hubristic lunacy.

Which brings me to problem #3: arrogant false confidence. Even if we can adequately address concerns about apples and oranges, and even if we decide that a vastly increased concentration of philanthropy is desirable, we’re still left with the daunting task of actually assessing the effectiveness of all of these charities. There are plenty of superficial metrics that accomplish this with some small amount of merit. But devising a single methodology that can substantively assess the entire spectrum of mission-driven work is incredibly hard, and has eluded social scientists for decades.

Let’s again compare the practice of philanthropy to investment markets. Compared to philanthropy, investing for profit is delightfully simple. If you want to get fancy you can debate the merits of a few different metrics — return on assets vs. return on equity, for example. But basically every for-profit company on Earth has the same goal: to make as much money as possible relative to the amount of capital it must tie up. There’s no need for logic models, subjective judgments, or expert opinions. This is arithmetic. Yet despite that apparent simplicity, gazillions of brilliant people get it wrong all the time.

So by all means, let’s work at improving our ability to evaluate the performance and efficiency of different kinds of charities. But let’s conduct that analysis primarily because it teaches us how to work more effectively for greater impact, not because it teaches us that art museums are wasteful temples of excess undeserving of charitable support. And let’s retain some humility about how well we actually understand the mechanisms by which missions are fulfilled (or not) and our ability to predict such things in the future.

Adam Huttler is the founder and Managing General Partner of Exponential Creativity Ventures. As a six-time founder, his career’s through-line has been about helping mission-driven companies use technology to drive innovative revenue strategies. Adam is best known as the founder of Fractured Atlas, a social enterprise SaaS platform that helps artists and creative businesses thrive.