Slave Rebellion Reenactment will reimagine the German Coast Uprising of 1811 which took place in the river parishes just outside of New Orleans. The project will feature over 200 re-enactors and will be documented by award-winning British filmmaker John Akomfrah. We sat down with Dread in the costuming department of Slave Rebellion Reenactment to learn more about his vision and what inspired him to bring this project to life.

Can you talk a bit about your upcoming project?

Slave Rebellion Reenactment is going to reenact the largest rebellion of enslaved people in the United States. In 1811 hundreds of enslaved people had this plan to seize all of Orleans territory- which is modern-day Louisiana- and set up an African Republic in the New World. It would have been a sanctuary for people of African descent and would have outlawed slavery. 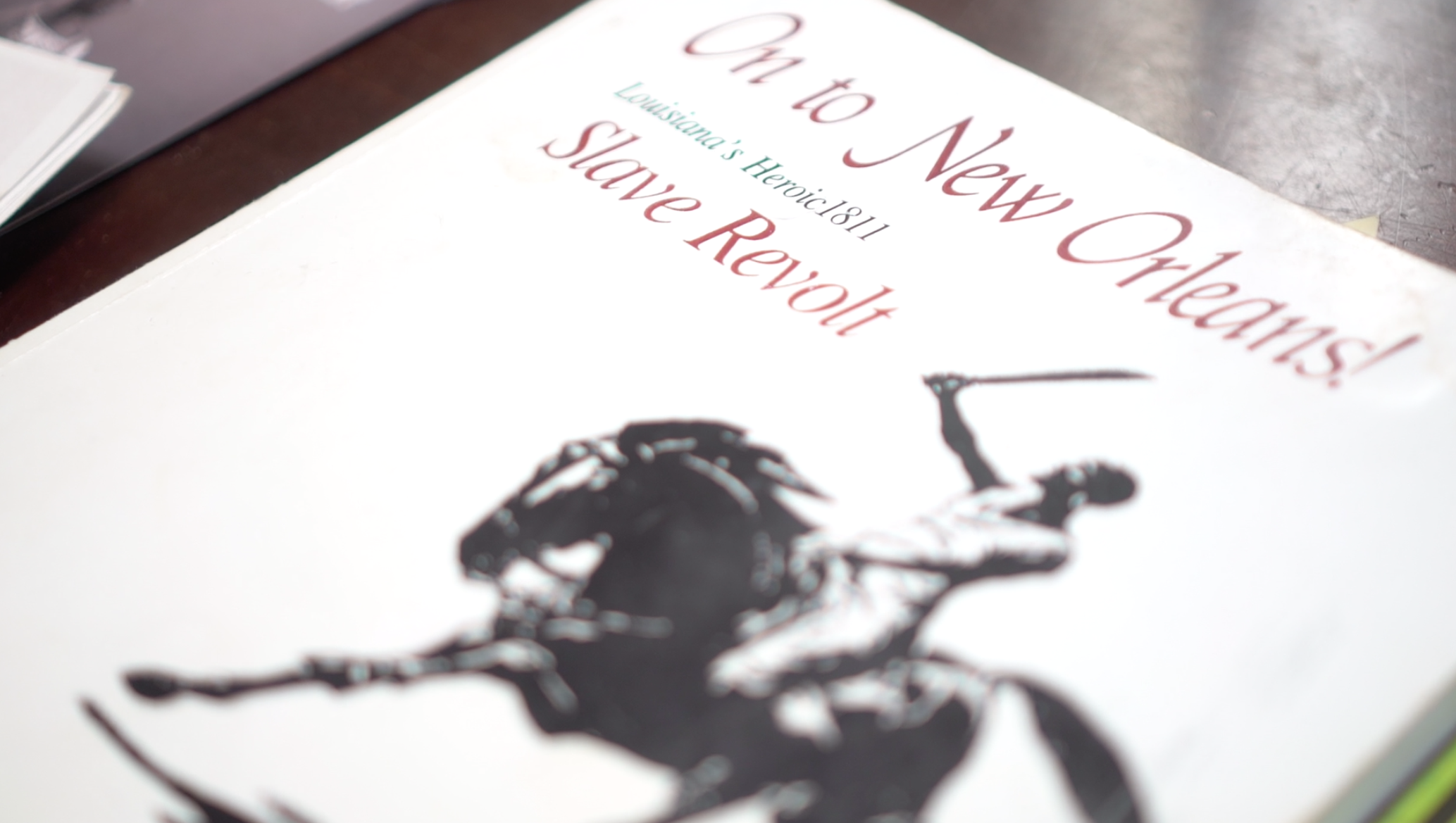 It was the most radical vision of freedom and emancipation in the United States at the time. The history is suppressed and we want to make it more known and also want to talk about its relevance to the present. The reenactment will have hundreds of people in period costumes, with machetes, muskets, sickles, and sabers. There will be horses, flags flying, and they will be chanting “On to New Orleans! Freedom or Death! We’re going to end slavery. Join us!” There will be signs in English and Creole and, over the course of two days, we’re going to march for 26 miles.

What was the inspiration for creating this project?

I had the kernel of the idea about 8 years ago. I got invited to the McCall Center in Charlotte, North Carolina to do a project-based residency. I told them I’d like to do a slave rebellion reenactment and thought they would probably say no since it wasn’t going to happen during the residency. But they supported the project and then I had to start doing the research.

The residency director at the time knew of this revolt that happened in 1811- she heard someone talking on NPR about it- and I hadn’t heard about it. Then I did the research and I found that, indeed, the largest rebellion of enslaved people happened in 1811 just outside of New Orleans. So I decided to do a community-engaged project that would reenact that rebellion. 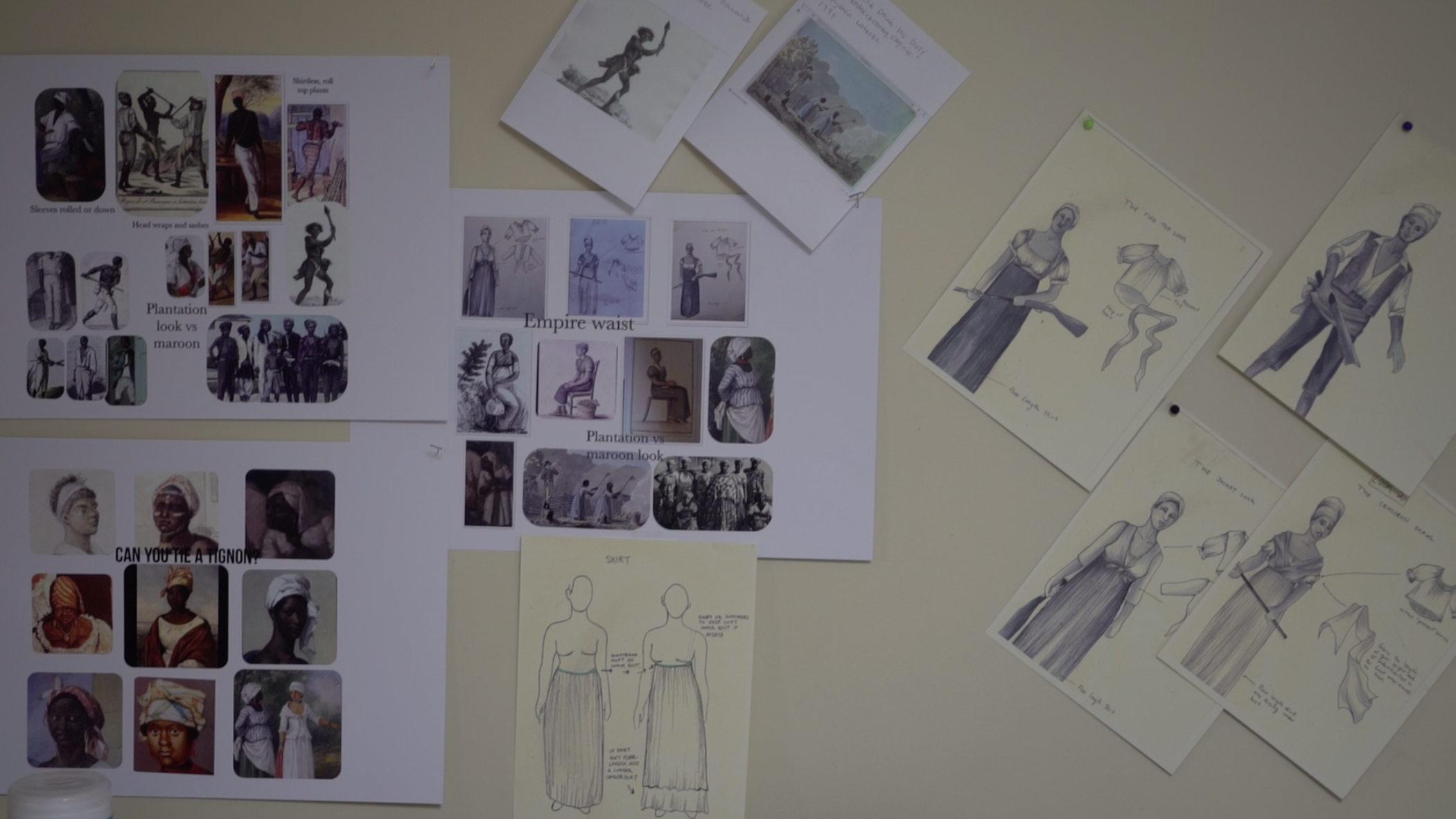 What sort of impact would you like for this project to have?

I hope there are a couple impacts. This is a project for the re-enactors themselves and I think that it will be deeply moving for them to go on this freedom march, of sorts, for 2 days with hundreds of people. Some people have said, “The ancestors will be with us,” and I think it will be a very emotional experience.

The notion that enslaved people had the most radical ideas of freedom- that’s what we should look to- actually challenges a lot of perceived wisdom. There’s all of this talk now, “Oh, we have to get back to the Founding Fathers.” Well the United States Constitution was written by enslavers and their friends to define the legal and political framework of a society whose economic foundation was slavery. It’s not a radical document. But looking at the ideas of the enslaved would be radical.

How has being a member of Fractured Atlas helped your project?

Fractured Atlas rocks! They made it possible for me to get the first major grant that supported this project. It enabled me to get a grant from the MAP Fund which provided the seed money to get this project off the ground and, without that, this project wouldn’t have existed.

All of the grants that I had applied for up to that point were for individual artists and this project has a much larger budget. So I needed access to grants that could go to institutions and Fractured Atlas’ services became necessary. I didn’t want to form my own 501(c)3 and Fractured Atlas strengthened my application for the MAP Fund and helped turn it around quickly.

What’s next for you?

After the reenactment I’m going to get to a project called “Black Is,” a series of untouched photographic portraits of Black people. It starts from the premise of “Black is Beautiful” but the goal is to undermine the notion that there’s this singular concept of what it means to be Black. It’s really going to be a celebration of Blackness.

Learn more about and participate in the Slave Rebellion Reenactment at slave-revolt.com and follow the project on social media at @slaverebellion (Instagram, Facebook, and Twitter). You can also learn more about becoming a member of Fractured Atlas here: https://www.fracturedatlas.org/become-a-member.