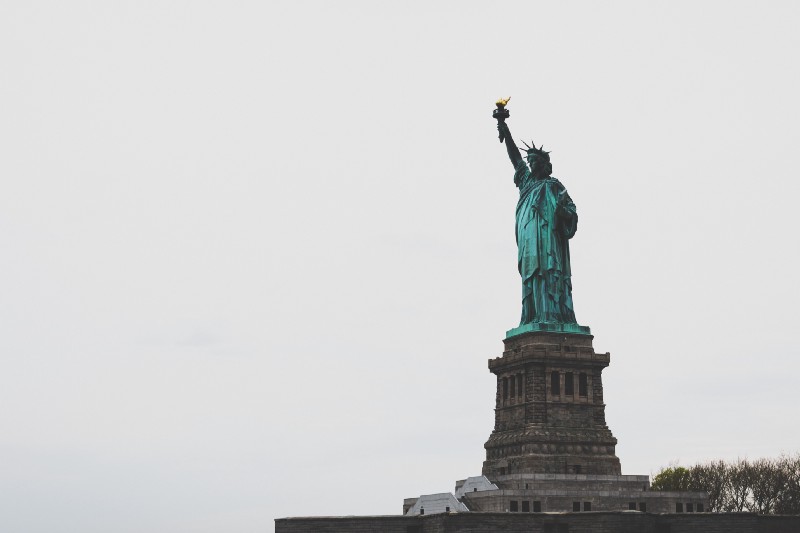 
14 Artists and Creative Projects from, by, and for Syria, Iraq, Sudan, Libya, Somalia, and Yemen

We are deeply saddened and angered by this unilateral action by the Trump administration that hurts artists, strangles the free flow of ideas and creative expression, and harms the most vulnerable in our creative community. We are proud to count artists from many of these countries in our membership. Muslim and Middle-Eastern artists are a cherished and integral part of our creative community and we are proud to shine a light on some of these projects we support:

“Stories of Syria” is a visual and auditory experience to give a voice to the Syrian refugees. The project focuses on the power of true first-person narratives as a tool for peace building and humanization through empathy. A collection of interviews will be conducted in multiple countries with refugees of all ages. The resulting stories will be featured on two different platforms: a gallery experience and an online database.

Pantea Productions evolved out of lead artist Leila Ghaznavi’s personal explorations. Her experiences with her first original work, Silken Veils, which received five stars at the Edinburgh Fringe and was shortlisted for best new work, imbued her with a hunger to create theater that examined foreign cultures. She named Pantea Productions after a female general in the Persian Empire that led a fighting force comprised of soldiers from across the known world. In this spirit of strength through diversity Pantea Productions brings together artists from across the country to combine their perspective artistic expertise for the creation of new exploratory work that has no boundaries but the artists’ own imaginations. To date the company has worked with collaborating artists from across the country to combine dance, theater, aerial acrobatics, physical theater, clown, puppetry, poetry, lighting design with original music.

Another Kind of Girl Collective

Another Kind of Girl is an organization focused on giving Syrian refugee girls the tools to reflect on their experiences and empower them to tell their own stories and those of the community around them. Through a series of workshops providing artistic and technical training in filmmaking, the girls gain the knowledge to build a strong sense of identity through voicing their own lives. They are also given the opportunity to present themselves and their community genuinely and offer an alternative perspective to mainstream reporting on Syrian refugee life in refugee camps and urban settings.

The Refugee Orchestra Project brings together hundreds of performers — instrumentalists and singers whose families have fled to this country to escape violence and persecution — in a large-scale concert performance that loudly proclaims these individuals’ importance to our cultural wealth. All proceeds will be donated to help those trying to escape persecution abroad.

Amir Baradaran is a New York based Iranian-Canadian new media/performance artist. As the Creative Research Associate at Columbia University’s Computer Science department, Baradaran’s praxis focuses on the articulation of visual vocabularies that use Augmented Reality (AR) and Artificial Intelligence (AI) technologies around notions of interactivity, data-mining, failed utopias, infiltration, body, identity and the ephemeral. Baradaran is a TEDx speaker and the recipient of the Knight Foundation Art Award, International Symposium on Mixed and Augmented Reality prize, UC Berkeley’s Artist Residency (from Center for Critical Theory, New Media, Race and Gender Studies) and Canada Council of the Arts grants. Reviews include Oxford University Press, Art in America, New York Observer, ARTNET, National Public Radio, BBC, Forbes, Euro-News, and L’Actualité. ARTINFO described his public-art, Transient (installed in 6,300 NYC taxicabs, 1.5M viewers), as “one of the most interesting urban interventions.” He is currently working on a large-scale interactive public {AR}t installation in Florida.

Our Tall Man: Manute Bol and the War of Visions

OUR TALL MAN explores Manute Bol’s life. Many people would simply like to see him through the lens of a sports hero. We appreciate and use that sensibility, but there is so much more, and this will be the first film to tell Manute’s story complete story from a Sudanese point of view.

Welcome to Amreeka is a documentary that chronicles refugee resettlement efforts in Connecticut: As governors across America close their states to refugees, Connecticut citizens respond by volunteering their time, money, and energy to host refugees in their local communities. But despite their best efforts, will they be able to make these refugees feel welcome in America or will they feel threatened by the rising populist, anti-immigrant, and anti-muslim movement fueled by the 2016 Presidential Campaign?

Inspired by the 1953 Iranian democratic movement raging around her, 15-year-old Eteram courageously disrupts the sanctity of the Zoorkhaneh (“house of strength”), where her father practices an ancient form of physical, philosophical and spiritual training. Defying her father and the codes of the male sanctum, where even a woman’s breath is forbidden, she wrecklessly falls in love with a wrestler bound for America. A lifetime later, Iranian-American filmmaker Neda travels to Tehran in the midst of the 2009 uprisings to document the very traditions Eteram was desperate to break. Tensions mount between the distinct strong men who inhabit the Zoorkhaneh and the women who infiltrate their space as the pile of lost loves, unfulfilled lives and political disappointments mounts to an untenable level and the two stories converge with an emotional eruption in the House of Strength.

Adrift after her husband’s death in the Iraq War, Helene spends her days collecting donations for refugees in Idaho. One day, she meets Duke, an Iraqi refugee, who dreams of becoming a cowboy. The two strike up an unlikely, fragile friendship that forces them to confront their haunted pasts.

“Selected Islamic Wisdoms” is a classical Islamic manuscript containing inspirational stories and insightful admonitions from authentic sources in the Islamic religious tradition. The author, Shaikh Abdirahman Dahir Ajeb, was born in Dabagorayale, Somalia in the year 1940. During his teen years, he traveled to Egypt to study at the world-renowned Al-Azhar University. He later moved to the U.S. for medical treatment and passed away in California in December 2011. Translated by NYU alumnus Khurram Tai, the book is intended to provide a culturally-enriching view of the Islamic tradition to a broad, multi-faith audience.

Death of the Persian Prince

Death of the Persian Prince is a powerful, award-winning new play by Dewey Moss (The Crusade of Connor Stephens, A Normal Life, All the Way from Arp, TX) that sheds light on the growing practice of gay Iranians being pressured or forced into sex changes in order to avoid legal execution. While sex change operations are legal in Iran, homosexuality is punishable by death.

The documentary feature DREAMS AT SEA tells the story of Syrian artists and musicians on a journey to rebuild their lives and find hope after escaping the tragedy of war.

By following artists from Syria as they pursue their creative expression and reclaim their future despite the innumerable obstacles, we can discover our shared humanity and raise new questions about our own values and beliefs. If these courageous people can find hope after the tragedy and loss they have been through, there is hope for all of us. If the most broken society in the world can find healing, the world can too.

Rogue Foundation is socially conscious organization whose goal is to empower children in conflict zones and challenged environments around the world through art and creativity.

Each project brings art supplies to children in need, giving them an opportunity to create, to express, to share and to heal.

Their works are exhibited at Rogue Space | Chelsea and all funds are returned to further their ongoing education and development.

I am Nepal is the seventh in a series of exhibitions by Rogue Foundation featuring the work of children in conflict zones around the world, expanding on I Am Haiti, I Am Afghanistan, I Am New York, I Am Syria, I Am Congo and I Am Palestine.

Founded by Canadian artist Jean Bradbury and based in Seattle, USA, Studio Syria was formed following an outpouring of support for a successful series of art workshops held at Zaatari Refugee Camp, Jordan, in March 2013.

We teach art and distribute educational supplies in Zaatari Refugee Camp and in rural and urban areas throughout Jordan.