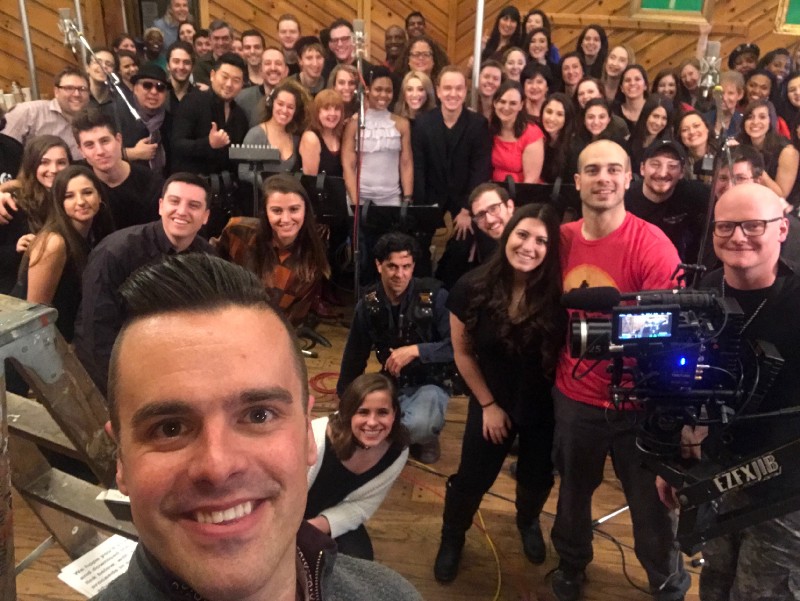 Meet the Project: #SavetheNEA Video: A Little Help From My Friends

What is #SavetheNEA Video: A Little Help From My Friends?

A Who’s Who of Broadway, Hollywood, Theatre, Dance, and Music came together at the legendary Avatar Studios in New York City to record and film a single of the iconic Beatles’ song “ A Little Help From My Friends” to inspire support for the arts in America and help save the NEA.

How did you decide to take on this project?

When news broke on January 18th that the NEA and NEH might lose funding, I was empowered and felt that as artists we could do more. I began a fundraiser through Change.org and Fractured Atlas and reached out to my network with the idea of bringing together a diverse group of singers, actors, dancer, writers, artists and others to record an ANTHEM FOR THE ARTS and to film a video which would bring awareness of the importance of arts funding.

Give us an update on your work, in its current stage!

This past Tuesday, over 150 singers, actors, artists, producers, filmmakers and more came together at the legendary Avatar Studios in New York City to record and film the song. Additional content is coming from across the country for inclusion in the final video.

How did you acquire your various endorsements for your work?

Within days, we had surpassed 10,000 signatures and would soon reach nearly 50,000 with our petition being shared across social media by the likes of Sarah Silverman, Josh Groban, Perez Hilton, Betty Buckley, Chelsea Clinton and countless others. The supporter comments were overwhelming (13,000 of them) and told stories of how the arts had helped in immeasurable ways.

What do you hope is the impact of this work?

Where so often the Arts are seen as elitist, the responses proved to me that this was bipartisan, a national issue; that arts matter and that they define so much about what makes America great. 100% of net profits from this recording will go towards Americans For The Arts and their work to protect the NEA, support arts education and advocacy and continue to fight for our beautiful industry and all that it does to foster community, creativity and economic growth.

How do you feel social media affects your fundraising for the work? What were the benefits and challenges?

Social media played a huge role in not only spreading our petition and campaign, but also in our ability to reach A-list talent. Sometimes all it takes is a well-crafted tweet at the right time to rise above the noise and gain interest from a celebrity artist or organization.

How has it been working with Fractured Atlas, as you get #SavetheNEA Video: A Little Help From My Friends off the ground?

I had heard great things about the organization and was impressed at the rapidity and responsiveness of your team. To have the ability to provide tax receipts so quickly to supporters, was a huge a help in our funding efforts.

What can we look forward to from you after #SavetheNEA Video: A Little Help From My Friends has been completed?

I am eager to see the effect and reach of our project and hope it has a lasting impact on arts awareness, education, and funding. The NEA and NEH are vital to making America competitive and truly great!