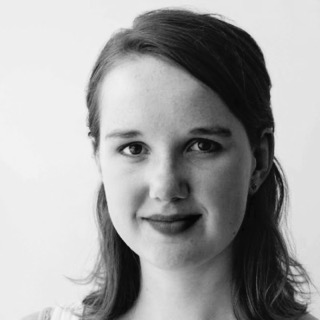 Meet the Project: Play on Shakespeare

From time to time, we feature a fiscally sponsored project who has been successful at using our program to advance their art/cause/career. This month, we interviewed Taylor Bailey of Play On Shakespeare.

What is Play On Shakespeare, and what is your mission? What do you, as a staff member, do in the organization?

Play On Shakespeare is a brand new organization that opened its doors on January 1, 2019. We started as a special commissioning program at the Oregon Shakespeare Festival in 2015, when we announced our plans to commission 39 contemporary modern translations of plays attributed to Shakespeare. We commissioned an amazing set of playwrights, more than half of whom were people of color and women. We made quite a splash! The project’s supporters and detractors have been debating ever since and we have loved being able to foster such an exciting conversation about Shakespeare and language.

Due to the success of our program, which was originally set to end after three years, we wanted to keep going! We have had incredible support from our primary funder, the Hitz Foundation, from the very beginning, and they encouraged us to take this leap.

Play On Shakespeare’s mission statement is “To enhance the understanding of Shakespeare’s plays in performance for theatre professionals, students, and audiences by engaging with contemporary translations and adaptations.” Currently, our primary focus is on this gigantic festival we are producing in NYC in partnership with Classic Stage Company and the Oregon Shakespeare Festival — 39 readings in 5 weeks, showcasing all of our translations!

My name is Taylor Bailey and I am the Producer for Play On Shakespeare. I have been with the project since its announcement in 2015, when I was hired by the Oregon Shakespeare Festival to come work on their newest commissioning program as a Project Manager.

We are a mighty team of three employees at present, led by Director Lue Douthit and administratively helmed by our General Manager Summer Martin.

We’d love to hear more about Play on Shakespeare’s origin story. How did the festival come about?

The project at OSF was always set to end on 12/31/2018 which was the deadline for all the second drafts of the translations from our playwrights. However, it just felt like the program needed a button on the end, needed some moment to celebrate the work that had been done. And, as with the original idea for the project, we thought “Go big or go home!” Lue Douthit first proposed the idea of a massive festival in NYC at the end of the project two years ago and we immediately embraced the idea and ran with it. We are so excited that Classic Stage Company and our theatrical parent Oregon Shakespeare Festival were on board to play with us!

Your project is a much larger endeavor than the typical Fractured Atlas fiscally sponsored project. What made you decide to go with fiscal sponsorship through Fractured Atlas?

The decision to become our own not-for-profit organization was made in the middle of 2018 and plans were already underway for the festival the following year. We were on such a tight time frame — we knew we needed to secure a fiscal sponsor so that we could immediately begin receiving donations and couldn’t afford to wait for our 501(c)3 status to come through. After asking around, we were pointed to Fractured Atlas by many colleagues and institutions and decided that this was the route we wanted to go. We did not have time to slowly piece together our new company — we had to hit the ground running, and fast! Fractured Atlas has allowed us to keep up the pace that we needed and provided us with the financial assistance that we had to have.

You’ve received generous funding from the Hitz Foundation. What do you think made your application successful?

Play On has always been unique in this category because the funders were very involved from day one and helped to inspire the project. They had initially approached OSF to see about funding a translation project such as this and after taking on a few titles and seeing them be far more successful than anyone imagined, Lue Douthit pitched to the Hitz Foundation a grand scale version of the original idea — let’s do them all, let’s do them all right now, and let’s spread the work around. We can’t imagine having a more ideal relationship with our funders at Hitz Foundation. Dave and Ken Hitz have been actively involved with the project from jump — attending readings and productions and even work retreats to stay engaged with the work. They encouraged us to take the leap to becoming our own organization this last year and are not only supporting Play On Shakespeare, but are also sponsoring the gigantic festival as well. Simply put, we were incredibly lucky to form this relationship with the Hitz Foundation.

How has it been working with Fractured Atlas?

Because the Hitz Foundation can only contribute to a registered charity or 501c3 companies, quite simply we wouldn’t not be able to have the funds we need to operate without the relationship with Fractured Atlas!

Due to the scope of the festival, you have a lot of expenses to keep track of (and you do a great job at it)! Do you have any advice for projects who might be feeling intimidated by budgeting and bookkeeping?

Ask. For. Help! One thing that we like to say a lot is “Don’t be a hero!” — in our industry we have a bad habit of trying to take on way more than we can feasibly do. Overwork and exhaustion plague the administrative world of the arts and we hurt ourselves by believing that these are the necessary sacrifices to creating art. But we believe you absolutely should be able to both create great art and have a balanced, structured work life. And so, knowing that we had many upcoming expenses and a challenging amount of budgeting and bookkeeping ahead — we asked for help! We have a wonderful accountant and bookkeeper that we work with who keeps things running smoothly under the hood. This was important enough to us that we had to move things around in the budget to accommodate the need, and we were very fortunate to be able to make it work. Whether it’s hiring someone to take the work on for you, adding a position or even just bringing on a consultant to help get you set up, investing funding in doing this correctly will always pay off in the long run.

Is there anything you want people who are being introduced to you to know?

One thing we always say is that you can’t totally grasp the work that we’re doing until you hear one of the translations out loud. Even I thought I knew what it was that we were up to until I was able to hear my first translation in its entirety — I was blown away! So…come and check us out before you make up your mind about us! We are running our festival of staged readings from May 29th — June 30th at Classic Stage Company. Scheduling, tickets and packages can all be found at www.playonfestival.org.

Elizabeth Fetterolf is a San Francisco Bay Area native with a B.A. from Vassar College in English Literature and Psychology. Prior to joining the Fractured Atlas team, she interned at W.W. Norton & Company, Inc., taught improv workshops at Young in Prison South Africa, and worked in Vassar College’s Office of Sexual Assault and Violence Prevention. In her free time, she enjoys watching free outdoor theater, singing along to Steven Universe, and listening to podcasts on the subway.