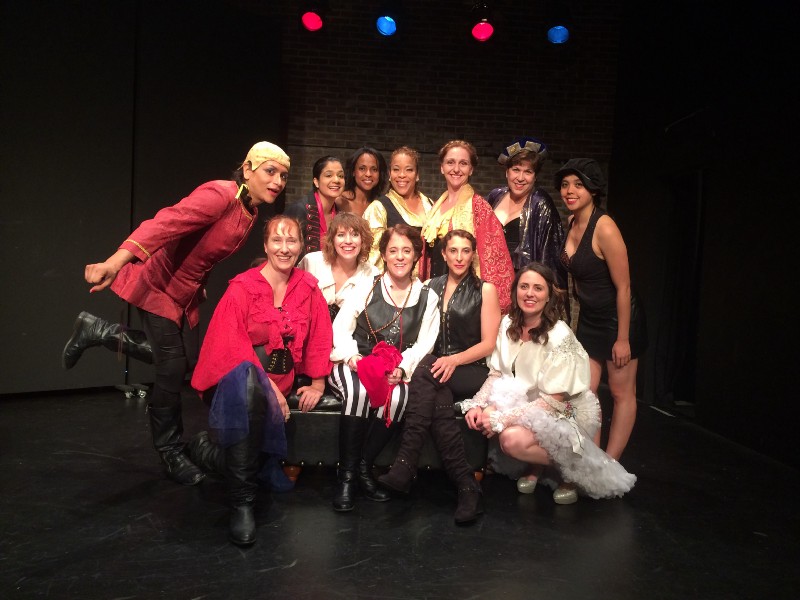 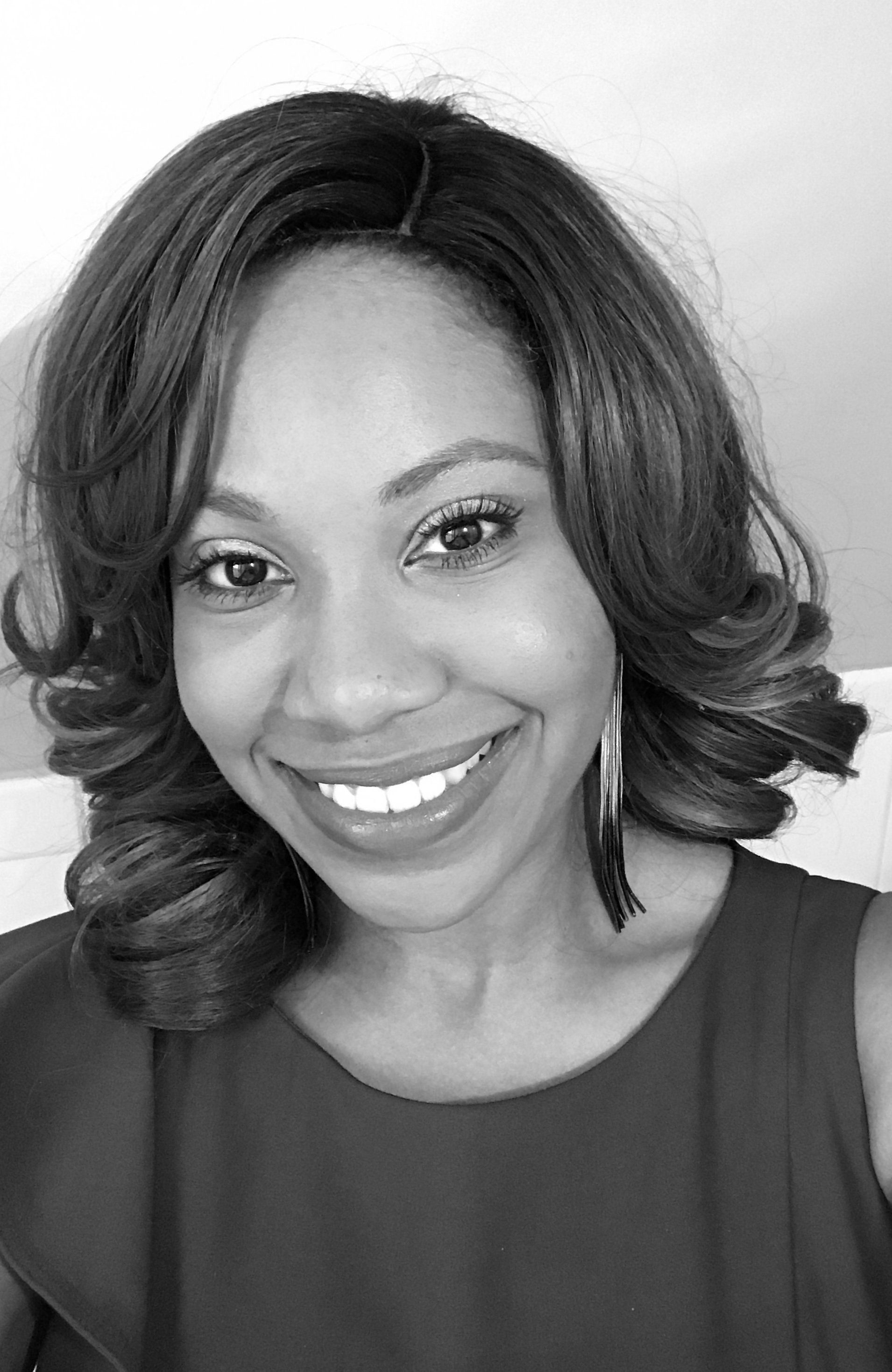 Each month we feature one of our fiscally sponsored projects who have been successful at using our program to advance their art/cause/career. This month’s featured project is Broad’s Word Ensemble.

What is Broads’ Word Ensemble?

Our productions are geared toward providing substantive, creative opportunities for women in theatre as performers, directors, writers, producers, and all other aspects of the craft.

Tell us what you can about the creative and production teams of Broads’ Word Ensemble.

Our group is pretty diverse in our talents, so we’ve naturally gravitated to roles that match our strengths. Our core producers are seven women. Danielle Ozymandias brought us together and has a vast network of trusted theatre people at her finger tips. Her artistic eye and collaborative acumen made her the natural choice for our Artistic Director. Tara Donovan has often stepped up as the lead producer. Her day job requires overseeing the production of nearly a play a month; she basically does it in her sleep. Sylvia Loehndorf took on our website, graphic design, and marketing material. She had basic knowledge of WordPress and graphic design but used this opportunity to challenge herself and learn more. She’s become a rock star with knocking out graphics on demand, and well, you’ve seen the website! Dana DeRuyck has always been the social media whiz kid and started strong with her Facebook and Twitter game. You’ll find her snapping pics, tweeting hilarious comments from rehearsal, and occasionally livestreaming behind the scenes on Periscope.

Jen Albert comes from a Chicago theatre background and brings a reliable point of view on how to produce and market the shows. Lacy Altwine is our voice of reason, weighing the pros and cons when we need to slow down the idea factory and see what’s really doable. Maikiko James’ perspective on community involvement and marketing to a target audience, garnered from her day job experience, has shaped how we select plays, cast, and market our shows. We also have input from our advisor Dawn Alden . She is a founding member whose wisdom gained from starting a successful company in Chicago has been instrumental in starting up and carrying us forward.

What prompted wanting to work on this project?

After three successful productions and an outpouring of support from our community, we were inspired to do more than just a project here and there. We wanted to plan a season that would give as many women as we could currently support the opportunity to have their voice heard. We pride ourselves on doing a diverse range of theatre. Our past productions include Shakespeare, existential drama, and an in-house written outcry on sexism. With our season, we wanted to expand our audience’s expectations and continue to promote parity on stage. First, we’ve had our eye on Barbara Kahn’s *The Lady Was a Gentleman*for a few years, so we’re excited to launch our first full season with this outstanding show. Next, when we heard about American Theatre’s “Other Canon” we were inspired to return to our roots: putting our spin on a classical play at http://www.hollywoodfringe.org/ — this time by a female playwright.

Lastly, the Los Angeles Female Playwrights Initiative (LA FPI) has been a huge support system for us since our inception. They provide a great network for women during the Hollywood Fringe Festival and have been our champions. We thought partnering with them would be a great opportunity to give back to our local community of awesome ladies by putting their work on stage.

How have you connected to so many different communities and partners?

Each of us came from unique theatre backgrounds, so we started by bringing our own groups of theatre lovers and supporters. Several of us have wildly  supportive families that often donate money or come out to see the shows. The Hollywood Fringe Festival played a huge role in the momentum this company has built. The Fringe brings all of the Los Angeles Theatre community to one place for a month. Everyone who participates is there because they love and support theatre, so it was huge in getting the word out. As mentioned before, the LA FPI has been a big help in reaching women. We also have to give a lot of thanks to the theatre writers who’ve come out to support what we’re trying to do. Tracey Paleo with Gia on the Move ; and Footlights ;, Shari Barrett with Broadway World;, and David MacDowell Blue with Night-Tinted Glasses; have all shown up for us. Their reviews are huge for increasing audience awareness. Really, when you have a platform of inclusivity, people want to be a part of that movement.

Co-founder Sylvia Loehndorf started by looking at sites for other Los Angeles theatre companies. As an audience member, what did she want learn about them and how long was she willing to click around to find it? She was inspired by sites that were easy to navigate, informative yet concise, and entertaining.

BroadsWordEnsemble.com; uses a WordPress theme, Spacious by ThemeGrill;, which offers a carousel of photos and allows for several customizable widgets on the home page. That way, we can present many aspects of our company in one place and compel visitors to find out more on subsequent pages. We also use plugins like Team Members by WP Darko ; that can be formatted to match our site design. Small choices like selecting a “primary color option” that matches our logo instead of settling for the default color helps bring the site together.

Loved your Vimeo clip! Tell us about your Indiegogo campaign. What has been the hardest aspect of running a campaign with a goal this large?

Thanks! With this campaign we wanted to tell people who we are, why they should trust us, and how what we’re doing is unique and special. The campaign language is for the detail-oriented to fully grasp what we’re doing. The video is more to capture people’s emotions by showing the faces of the women who get to have their voice heard because of each donation. With every production, our company grows with women who want to be a part of what we’re doing, and we’re hoping their stories in the video will inspire others to join us. The biggest challenge for a goal this big is getting the word out to enough people who want to take action to support parity on stage. We’re still new, so we have to do this grassroots. Get enough people to donate what they can, and we’ve got our goal!

What has been the easiest part about promoting your ensemble?

The funny thing is, statistically audiences are 70% women. And women want to see themselves as the central story in a play more than ever. It pretty much sells itself.

What effect do you think this election’s results will have on your future productions, if any at all?

We’re artists. We’re the ones who tell the stories of change. Broads’ Word Ensemble was created to give women more voice and visibility in theatre, and that voice is still crucial. We are going to keep giving women a platform. A place. A stage.

How has it been working with Fractured Atlas? Are there particular ways your membership with us has been beneficial?

Producing the show is the easy part, the money to pay for it is the scary part. Co-founder Tara Donovan attended a workshop sponsored by LA Stage Alliance ; and Fractured Atlas on how to successfully crowdfund. Those couple hours were inspiring. It gave us a step-by-step plan to be successful, not just a stab in the dark. The fact that Fractured Atlas is out there holding these classes on fiscal sponsorship and best practices for raising money makes it seem easy and well within reach. Also, Fractured Atlas has been incredibly responsive and helpful via email. They met or surpassed every one of their projected response times during the approval process for our campaign.Atlas is a nonprofit technology organization that helps artists with the business side of their creative work. To find our more about Fractured Atlas, or get involved, visit us here.